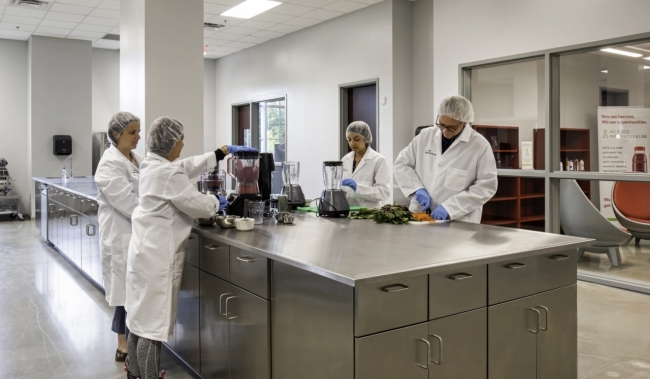 Plant-based: the buzzword vs. the lifestyle

All stats aside, how can the industry decipher between the buzzword and the way of life?

Consumers love to latch on to buzzwords and run with them. Think back to the beginning of the Atkins diet, Weight Watchers and even gluten-free.

But, plant-based isn’t just for vegans anymore. That’s because “plant-based rebranded vegan eating for the mainstream,” making it a lifestyle that vegetarians and non-vegetarians alike can maintain, regardless of their health status.

According to HealthFocus data, 17% of U.S. consumers aged 15-70 claim to eat a predominately plant-based diet, while 60% report to be cutting back on meat-based products. Of those reducing their intake of animal-based proteins, 55% say the change is permanent, and 22% hope that it is.

SPINS data shows that grocery sales of plant-based foods that directly replace animal products have grown 31% in the past two years.

Plant-based also continues to invade the foodservice industry, with processors like Impossible Foods and Beyond Meat partnering with nationwide fast-food chains such as Burger King, White Castle and KFC to add their plant-based burgers to the menu.

A PCMA Benchmark report shows that in 2020, more and more restaurants “will have a dedicated menu for plant-based food items.”

What’s more is, case shipments of plant-based protein from broadline foodservice distributors to foodservice operators increased by 20% in 2018 compared to 2017, with all census regions showing double-digit growth, reports The NPD Group, Chicago.

This means that while plant-based may be a hot buzzword online, in store and in consumers’ homes, it’s becoming more of a way of life.
The eco-friendly aspect of plant-based food manufacturing

A report from Nielsen, Chicago, shows that 81% of global consumers believe it is important that companies implement programs to improve the environment.

This interest in the environment is another reason why plant-based diets are gaining popularity. It’s not just good for consumers’ health; it’s also good for the planet’s health, according to this case study presented by UCLA Sustainability, Los Angeles.

In fact, research by the University of Michigan’s Center for Sustainable Systems, Ann Arbor, Mich., shows that a plant-based burger generates 90% less greenhouse gases, 99% less impact on water scarcity and 93% less impact on land than a quarter pound of American beef.

Even venture capitalists and other investors are hopping on the plant-based food manufacturing train, as plant-based food companies have raised more than $16 billion in the last decade, with record gains of $13 billion in 2017 and 2018 alone, according to GFI’s State of the Industry report.

So, what does this growth mean for the design-build industry?

In fact, an annual capital spending survey forecasts a 16.6% boost in new design-build projects, as food and beverage producers pump up the size of their buildings to accommodate for more lines and additional SKUs.

That’s why design-build firms like CRB are full steam ahead with projects in the plant-based market.

The editors of Well + Good magazine say there’s never been a better time to go plant-based than now.

Forbes even reported plant-based as being one of the Top 10 trends in 2019, and Whole Foods Market, Austin, Texas, kept it on its Top 10 trends list for 2020.

The plant-based food manufacturing train is moving full speed ahead, with no end in sight. Now is the time to hop on and enjoy the ride.