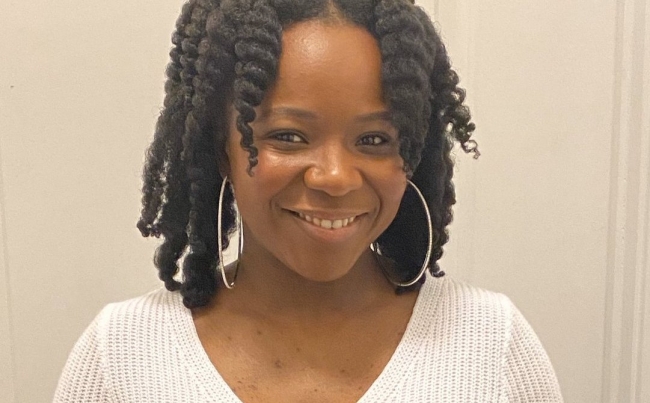 By using their collective voice, activists like Davinia James-Steward have not only helped secured more than 100 commitments worth $48.4 billion, but they've helped bring the world one step closer to ending extreme poverty by 2030 by achieving the United Nations' Global Goals. Join the movement and take action now.

Global Citizen has helped to secure more than $48.4 billion in global commitments around the world connected to the United Nations Sustainable Development Goals, commitments that are set to affect the lives of 880 million people.

But none of that would be possible without Global Citizen’s passionate action takers like Davinia James-Stewart.

James-Stewart is a girls’ rights activist from Silver Spring, Maryland. She founded Pennies4Girls, an organization that has collected more than 2 million pennies and has sent over 450 girls to school in countries like Haiti, Cambodia, Nepal, Peru, Afghanistan, Egypt, Ethiopia, India, and Nigeria.

James-Stewart is a former school teacher and has worked as a Global Citizen youth ambassador for education. Her main mission is to help provide girls around the world with education because she knows the importance of education in securing future opportunities for girls and women globally.

We asked her to share why she became a Global Citizen back in 2012 and why it’s important to take action by calling upon world leaders to step up their efforts in the fight to end extreme poverty.

When did you first become a Global Citizen?

Can you remember the first action you took?

I can’t remember the first action I took, but I know for a fact it was on education. At the time, I had just found my passion for educating girls.

Why did you decide to take that action?

I decided to take action because I had become a catalyst of change and I wanted to do all that I could to help make the world better for all.

What Global Citizen issue areas are you most interested in?

At first my interest areas were education and girls and women, but over the years being a Global Citizen, my interest has broadened. Now, my interests include the other Global Citizen issue areas (health, finance and innovation, food and hunger, water and sanitation, environment, and citizenship) because poor, little, or no attention to these areas fosters global poverty.

Has taking action with Global Citizen inspired you in your daily life? In what ways?

YES! I became aware of Global Citizen at a point in my life where I had found my purpose. Through my own life of adversities and triumphs, I knew I wanted to spend the rest of my life helping to positively change the lives of others. Global Citizen has inspired me to push further and explore creative ways to continue my work of using pennies to send girls to school in developing countries. In addition, Global Citizen inspires me to be bothersome in calling upon world leaders, organizations, and more to pay attention to issues areas that I’m concerned about. I think it’s fit to say that taking action with Global Citizen has opened my eyes to see that our efforts to end extreme poverty is a part of my daily life routines and choices, rather than something that I do occasionally.

Why do you think it’s important to take action on global issues?

It’s important to take action on global issues because doing so gives a voice to the voiceless and marginalized citizens of the world. Millions are experiencing extreme hardship and they need to know they are not forgotten. Taking action pushes those in powerful positions to act on our behalf, acknowledging the space millions take up in this world. No matter our geographic location, we all should have access to the necessary resources and opportunities to live a healthy and flourishing life. Only then are we able to end global poverty by 2030.

Answers have been edited slightly for clarity.

Want to be the first to know about updates and conversations about our campaigns and advocacy? Join our community of action takers in our Facebook group here.