Black History Month - a Time to Reflect and Celebrate at Merck 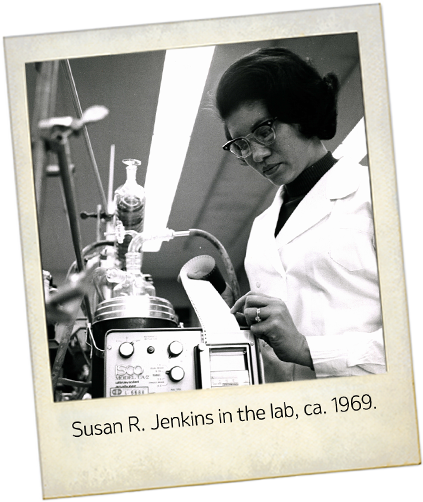 Diversity and inclusion are part of our rich history and fundamental to our future success. In celebration of Black History Month, we highlight employees who have made an impact on our past, present and future.

Susan Jenkins
Susan Jenkins began a long career at Merck in 1957 when she joined Merck Research Laboratories as one of its first female African American chemists. She was part of the team that first synthesized ribonuclease. Later, she joined our company’s corporate equal employment affairs department and served as a black university liaison. By the end of her career at Merck, Susan was senior vice president of human resources.

Susan returned to Merck almost 50 years later to attend the presentation of the Citation for Chemical Breakthrough award from the American Chemical Society (ACS) division of the History of Chemistry. The Citation for Chemical Breakthrough was awarded in honor of the series of five articles published in the Journal of the American Chemical Society describing the first total synthesis of an enzyme.
These articles were authored by Dr. Ralph Hirschmann and his colleagues in 1969, one of whom was Susan.

William “Bill” Bowers
Merck alumni include numerous prominent African American civic leaders, including William “Bill” Bowers. Bill joined Merck in 1951 as a technician, a position he held until 1969 when he received a bachelor of science degree in business management from Rutgers University. He earned his degree with assistance from Merck’s educational grant program while balancing his full-time job, four children and many leadership positions in his community, including vice president of the Westfield Community Development Corporation. Bill retired from a project management position at Merck in 1993. He was a vocal proponent for civil rights nationally and within our company, having participated in the 1963 March on Washington. He was a co-founder of Black Employees at Merck (BEAM), which later became Merck's Black Employees Network (BEN) and is known today as LEAD – Merck’s League of Employees of African Descent, which is celebrating its 50th anniversary this year.

Jimmy Dean
During the late 1940s, Negro League baseball featured a star pitcher named Jimmy Dean. Famous for his sinker-ball, Jimmy pitched for the Philadelphia Stars facing legends like Jackie Robinson and Hank Aaron. After the integration of Major League Baseball started to draw athletes and fans away from the Negro Leagues, Jimmy returned to school and began working for Merck. Jimmy traveled extensively, put three sons through college and after 33 years, he retired from his position as a technical analyst in 1990.

Another Reason to Celebrate
LEAD, the League of Employees of African Descent, one of Merck's 10 employee business resource groups, is marking its 50th anniversary in 2020 with a year-long celebration. The theme is 50 Forward: Reflecting on the Past, Impacting the Present and Preparing for the Future.

Learn more about Global Diversity and Inclusion at Merck.