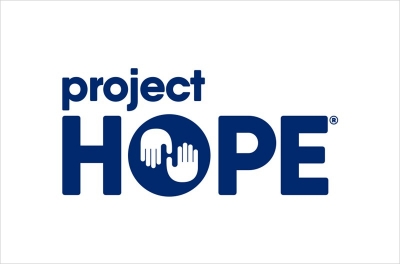 Project HOPE today announced that United Airlines is donating funds to deliver desperately needed ventilators to eleven hospitals in Hubei Province, the epicenter of the novel coronavirus (COVID-19) outbreak in China. The ventilators, which can help save the life of a critically ill patient with a respiratory illness like COVID-19, will be delivered to the hospitals by Project HOPE’s team in China in coming days.

“We are proud to join forces with United Airlines in this effort to deliver critically needed equipment to hospitals on the front lines of this outbreak,” said Rabih Torbay, President and CEO of Project HOPE. “United wanted to ensure their relief efforts in China would meet the most pressing needs identified by experts on the ground, and Project HOPE’s team in China has been working to support health workers and health systems for over 35 years. We know what a lifesaving difference these ventilators will make—not only during this outbreak but long into the future.”

"It’s important to our employees around the globe that we’re there for the communities where we live, work and fly,” said Sharon Grant, vice president and chief community engagement officer at United Airlines. “As we looked for ways to support the community in China during this critical time, it was clear that Project HOPE had the infrastructure on the ground to ensure our donation reached the people who will need it most.”

A ventilator is a critical piece of equipment used in medical facilities worldwide. Having access to a ventilator can mean the difference between life and death for patients with COVID-19, but a ventilator can also ensure a patient continues breathing during surgery or treat a serious lung disease or other condition that affects normal breathing.

In addition to these efforts with United Airlines, Project HOPE—thanks to donations from corporations and other NGOs—has delivered over 4 million facemasks, 80,000 isolation gowns, 17,500 protective coveralls, 280,000 pairs of exam gloves, and other protective gear to Hubei province, including to six public hospitals in Wuhan, as well as to Shanghai Children’s Medical Center.

For more information on our response to the coronavirus outbreak, visit www.projecthope.org.

About Project HOPE
Project HOPE operates around the world wherever the need is greatest, working side-by-side with health care workers and their communities, addressing the greatest public health challenges to enable people to live their best lives. We respond to disasters and health crises and stay on in communities long after disaster strikes to help find solutions to epidemics and any other neglected health needs.

About United Airlines
United's shared purpose is "Connecting People. Uniting the World." We are more focused than ever on our commitment to customers through a series of innovations and improvements designed to help build a great experience: Every customer. Every flight. Every day. Together, United and United Express operate approximately 4,900 flights a day to 362 airports across six continents. In 2019, United and United Express operated more than 1.7 million flights carrying more than 162 million customers. United is proud to have the world's most comprehensive route network, including U.S. mainland hubs in Chicago, Denver, Houston, Los Angeles, New York/Newark, San Francisco and Washington, D.C. United operates 791 mainline aircraft and the airline's United Express partners operate 581 regional aircraft. United is a founding member of Star Alliance, which provides service to 195 countries via 26 member airlines. For more information, visit united.com, follow @United on Twitter and Instagram or connect on Facebook. The common stock of United's parent, United Airlines Holdings, Inc., is traded on the Nasdaq under the symbol "UAL".