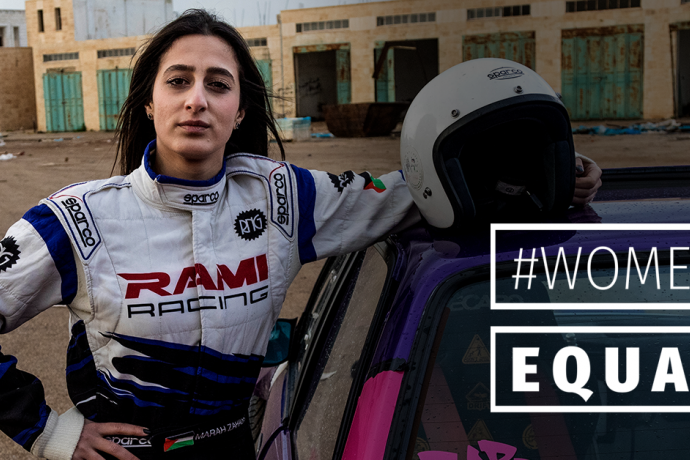 Nearly 40 percent of the world’s girls and women – 1.4 billion – live in countries failing on gender equality.* And according to a 2019 poll by Verizon Media Brands, many American women (68 percent) want to play a role in reducing gender bias around the world. Following a successful 2019 International Women’s Day campaign that generated over 350M media impressions and 99 media placements, the global poverty-fighting organization CARE® will again host a powerful International Women’s Day campaign, #WomenEqual, giving the American public many ways to join the fight to make all #WomenEqual.

“For decades, CARE® has been leading innovative global programs that ignite transformational change for women through financial inclusion, health, education, and dignified work. And, through this work, we understand that equality is the answer to overcoming the world’s greatest problems. Armed with the equal opportunity to learn, earn, and lead, we know women make societies and economies thrive – we can’t afford to not work to make #WomenEqual,” said Michelle Nunn, president and CEO of CARE.

A multi-channel engagement platform, #WomenEqual will kick off March 1 and include activations throughout the month.  CARE’s International Women’s Day events include the release of a series of “hero-story” videos; an Innovation Showcase reception in New York City on Thursday, March 5th; a convening of dozens of corporate partners addressing the role of business in advancing Sustainable Development Goal 5 (gender equality); and a special post-matinee conversation with the audience featuring select stars and producers of Jagged Little Pill on Sunday, March 8th on Broadway, among other events.

As part of the campaign’s ongoing celebrity engagement, CARE will launch a public service announcement in the week of March 2nd, featuring well-known women in entertainment to educate the public on the global view of gender injustice and to empower women and allies to fight for equality.  More details coming soon.

“Just as the original CARE Package® allowed compassionate Americans to respond to devastation and poverty in the wake of World War II, our #WomenEqual campaign will help Americans fight for the rights of women globally,” said John Aylward, CARE’s chief marketing officer. “The #WomenEqual campaign delivers easy and accessible ways for individuals to engage and support women here and around the world. We will have exciting media moments, celebrity and influencer participation, creative social media content, and powerful stories of women. Together, we will work to include women around the world in the women’s movement and we will show them that we care.”

Corporations, celebrities and other partners will also encourage the public to join the effort in the following ways:

About CARE: Founded in 1945 with the creation of the CARE Package®, CARE is a leading humanitarian organization fighting global poverty. CARE places special focus on working alongside poor girls and women because, equipped with the proper resources, they have the power to lift whole families and entire communities out of poverty. Last year CARE worked in over 100 countries around the world, helping more than 50 million people. To learn more about CARE and our #WomenEqual campaign, visit fight.care.org.

CARE is a leading humanitarian organization fighting global poverty. We place special focus on working alongside poor women because, equipped with the proper resources, women have the power to help whole families and entire communities escape poverty. Women are at the heart of CARE's community-based efforts to improve basic education, prevent the spread of HIV, increase access to clean water and sanitation, expand economic opportunity and protect natural resources. CARE also delivers emergency aid to survivors of war and natural disasters, and helps people rebuild their lives.