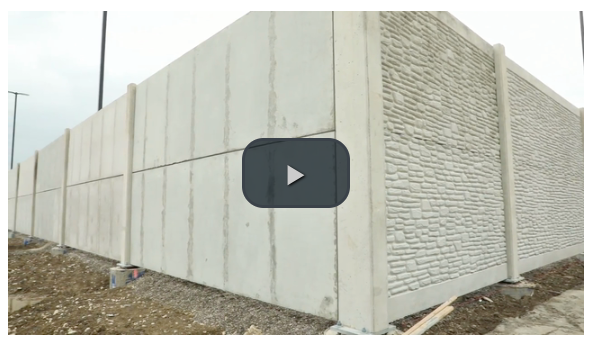 Above: Click here to watch video. Below: Rendering showing the sound wall near Southeastern High School in Detroit where artists will create several murals.1

This Valentine’s Day, FCA will join Detroit’s Office of Arts, Culture and Entrepreneurship and City Walls Detroit murals program in showing the city some love. FCA and the City will issue a global open call to artists to create murals that will comprise one of the largest municipal art installations in Detroit’s history.

City Walls Detroit has worked with FCA to identify the canvases for the murals near FCA’s new auto assembly plant. FCA announced in February that it would invest $1.6 billion to convert two existing Mack Avenue facilities into a new assembly site for an all-new, three-row, full-size Jeep® SUV and the next-generation Jeep Grand Cherokee. FCA also will invest $900 million at Jefferson North to retool and modernize the plant for continued production of Dodge Durango and next-generation Jeep Grand Cherokee.

The Canvases for the Mural Project:

When the project is completed, Detroit’s east side will have one of the largest municipal mural installations in the region at 15 feet high by 1,500 feet long.

“Our commitment to this city goes well beyond our facility,” said Mark Stewart, Chief Operating Officer of FCA - North America. “We (FCA, the City of Detroit and residents) have a shared responsibility for the neighborhood around the new plant. These murals will reflect the values and identity of the community and our shared vision for a positive future.”

The Goals for the Mural Project are:

In an effort to ensure that the mural reflects the culture and identify of Detroit’s eastside neighborhoods, the City and FCA is engaging local residents, especially students, in creating the mural’s design. Residents of both the Beniteau and Lillibridge communities, and students at Southeastern High School and Detroit Enterprise Academy, will help select a theme for the mural installation. City Walls Detroit will issue the open call and details about the application and selection process will be on the City Walls website on February 14, 2020.

The selection committee will choose an artist or team by June 1, 2020. The project is expected to be completed by October 30, 2020.

“This wonderful gift from FCA is just another example of how much arts and culture are alive and well and thriving here,” said Rochelle Riley, the City’s Director of Arts and Culture. “And even more great things are coming in Detroit, where the arts are a way of life.”

The mural project is part of the Community Benefits Agreement between FCA and the City of Detroit, a partnership that provides more than $35 million in support for neighborhood improvements, housing, workforce development, education and training programs, and environmental initiatives.

For more information, contact John Roach at City Hall at roachj@detroitmi.gov or 313-244-7857 or Rochelle Riley at 313-720-1016 or rileyro@detroitmi.gov. Artists should contact Zachary Meers at citywalls@detroitmi.gov.

About FCA
Fiat Chrysler Automobiles (FCA) is a global automaker that designs, engineers, manufactures and sells vehicles in a portfolio of exciting brands, including Abarth, Alfa Romeo, Chrysler, Dodge, Fiat, Fiat Professional, Jeep®, Lancia, Ram and Maserati. It also sells parts and services under the Mopar name and operates in the components and production systems sectors under the Comau and Teksid brands. FCA employs nearly 200,000 people around the globe. For more details regarding FCA (NYSE: FCAU/ MTA: FCA), please visit www.fcagroup.com.

Stellantis is one of the world’s leading automakers and a mobility provider, guided by a clear vision: to offer freedom of movement with distinctive, affordable and reliable mobility solutions.  In addition to the Group’s rich heritage and broad geographic presence, its greatest strengths lie in its sustainable performance, depth of experience and the wide-ranging talents of employees working around the globe. Stellantis will leverage its broad and iconic brand portfolio, which was founded by visionaries who infused the marques with passion and a competitive spirit that speaks to employees and customers alike. Stellantis aspires to become the greatest, not the biggest while creating added value for all stakeholders as well as the communities in which it operates.