Bacardi Launches Shake Your Future in Spain, a Training Program in the Art of Cocktails to Address Youth Unemployment

Bacardi Launches Shake Your Future in Spain, a Training Program in the Art of Cocktails to Address Youth Unemployment 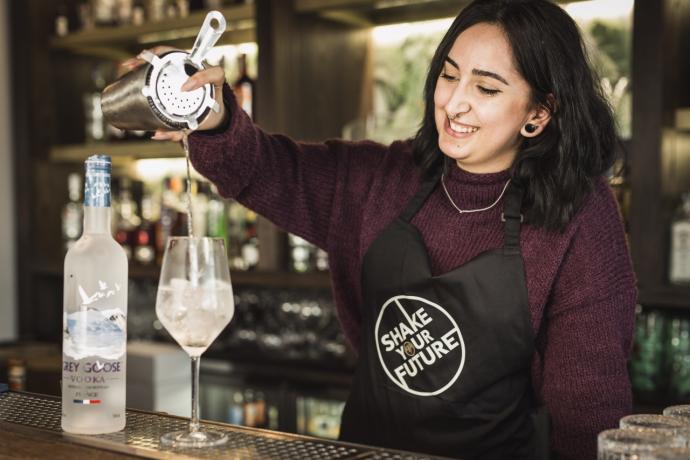 Shake Your Future is a training program developed in collaboration with the European Bartender School where its participants learn and acquire the necessary experience to work as professional bartenders. With a high rate of youth unemployment, which in Spain is around 32%, and a significant shortage of skilled workers in the industry, this project aims to address both challenges, helping young people have better prospects for the future within the cocktail sector.

Shake Your Future launched as a pilot program in 2018. Then it was about helping to face the youth unemployment crisis around the French office of the company. After the success of the test, the first countries to which the program has been extended have been Italy, France and Spain, with a deployment plan in 12 major cities in the world planned for the next three years.

The participants in our country are a total of eighteen, eight women and ten men, from almost a dozen nationalities, although the Spanish is the most numerous one. To sign up they have only been asked to be 21 or older, to know Spanish, to have full availability and, the most important part, to be eager to learn.

The municipal employment agency Barcelona Activa has been responsible for publicizing the project through its services and programs and disseminating this opportunity for young people on devices such as the Youth Information Points network. The students will receive their training in Barcelona, where the offices of Barcardi Spain and the EBS Barcelona school are located. For 10 weeks, between February 3 and April 10, the elect will learn the art of cocktails and bartender's craft at the local headquarters of the European Bartender School and they will also have the opportunity to put it into practice in some of the best establishments in the city. Once they finish the course, graduates will receive a diploma with international recognition that will allow them a better access to the working world within the hospitality industry.

With this project, which will have a second edition in Spain in 2021, Bacardi continues to focus on the promotion of talent, dissemination and knowledge of the cocktails universe on a global scale, a purpose that positions the brand as leader in the transformation of the spirits sector in the cocktail industry.

The European Bartender School provides students with quality training in the main cocktail skills and a recognized reputation, while Bacardi offers them 158 years of experience and extensive knowledge of the industry. The collaboration program between the two will be launched in various cities around the world and will have a growing number of bars and restaurants ready to offer students the most important experience they need to start their professional career.

For its part, Barcelona Activa contributes with his experience and knowledge in the management of employment programs, in this case, emphasizing those who can help young people in their professional beginnings. In this way, the Barcelona City Council agency for economic development, Barcelona Activa, wants to offer young people quality training and work, in order to fight against precariousness and youth unemployment rates. With this goal, the selected participants will also have personalized counseling sessions to join the labor market, with tutorials and coaching, among other services of the municipal agency.

“This has just begun,” highlights Francis Debeuckelaere, Europe Regional President of Bacardi. “Shake Your Future will change the lives of thousands of young people around the world. Across Europe, our teams have witnessed first-hand the level of unemployment among young people, and we are committed to making a difference. Without it being their fault, some people simply don't have the luck they need. That is what we want to give them. The skills that participants will acquire thanks to the Shake Your Future program go well beyond shaking and stirring cocktails. They will learn key knowledge that will prepare them for success, even if their future professional careers are outside the hospitality industry. With youth unemployment at its warmest point, we created Shake Your Future to give tools and inspire all participants to reach their true potential.”

Founded 158 years ago, in Santiago de Cuba on February 4, 1862, the Bacardi family business currently employs approximately 7,000 people and operates in more than 20 production centres, including bottling, distillation and manufacturing and sells its brands in more than 160 countries. Bacardi Limited refers to the Bacardi group of companies, including Bacardi International Limited.

European Bartender School is the world’s leading bartender school. Since 1999, EBS have trained 70,000+ students worldwide in the art of bartending. They now have 25+ schools across the globe and work with the industry’s elite bartenders and brands, such as BACARDÍ®, MARTINI® and PATRÓN®.