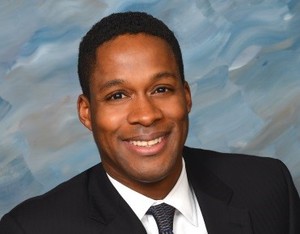 Feb. 05 /CSRwire/ - Gourmet goodies, cookies with a cause: We’ve officially discovered the connection of baking to hearth, home and a higher purpose. From delectables crafted by local bakers and sold in community markets to bakery giants that source organic ingredients in support of a sustainable food chain, there’s no doubt baked goods are doing good business.

Yet in the midst of this booming sector, there sits a quiet but powerful enterprise that significantly predates this movement. Greyston Bakery was founded in the early 1980s as a means to create jobs for people in an economically distressed area of the Bronx. From that simple idea grew a world-class bakery supplying Ben and Jerry’s Ice Cream and other leading food organizations, while indoctrinating and sharing the concept of Open Hiring®. I chatted with Joseph Kenner, vice president of Programs and Partnerships for Greyston, to learn more about this remarkable organization and the degree to which human dignity and social justice is baked into its DNA.

GOODNESS AHEAD OF ITS TIME

Teresa Coles, Riggs Partners: I’m fascinated that Greyston was founded by a Buddhist Zen Master. Tell me more about Bernie Glassman and his vision for starting the bakery.

Joseph Kenner, Greyston Bakery: Bernie started a small bakery operation in 1982 as a way to support the Buddhist community in Riverdale, a section of the Bronx. The monks baked cakes in the old Greyston Mansion, which is where we got our name. While baking and selling the cakes was helpful to the monks, Bernie noticed there were a lot of people in the area who couldn’t find work for a variety of reasons — be that having been incarcerated, suffering from substance abuse or other issues. So, he decided to start hiring them at the bakery. He posted job openings and hired the people who inquired. No questions asked. It was all about trusting other human beings and seeing their potential. It’s a practice we call Open Hiring.

TC: So it went from monks baking cakes to a bakery with an Open Hire workforce that makes a whopping 40,000 pounds of brownies a day. How did that happen?

JK: Bernie met Ben Cohen and Jerry Greenfield at one of the first social enterprise conferences in the late 80s, literally on a walk in the woods. They got excited about what each of them was doing and started talking about how they could work together. The threesome came up with the concept of having the bakery make chocolate cookies for a line of Ben and Jerry’s ice cream sandwiches. They shipped a batch of cookies to the plant in Vermont, but when the package arrived the cookies had formed one large chocolate slab. Their next idea was to throw the brownie chunks into chocolate ice cream — and that’s how they came up with the chocolate fudge brownie flavor! Since then, we’ve supplied some of Ben and Jerry’s top ice cream flavors — like Half Baked, Brownie Batter Core and Justice ReMix’d — with our brownies.

TAKING A BIGGER BITE
TC: It appears Bernie’s vision was about much more than helping people get jobs at a bakery. What are some extensions of that work?

JK: Bernie was concerned about social justice in many forms, and the bakery was the catalyst for what would become a larger organization. He developed a foundation in the late 90s that provided community support services like permanent housing for people with HIV who were chronically homeless, workforce development programs, and an early learning center. In fact, the bakery was the first B Corporation in New York state. We’re very proud of that.

TC: Looking back on those early days, what do you know about the barriers Bernie might have faced in trying to sell the idea of a social enterprise like Greyston?

JK: It’s because of employment barriers that we are who we are today. The fact that folks had barriers to jobs is what drove Bernie to act. He saw human beings as being part of one larger family — and when any one person was not reaching his or her full potential, the whole family suffered. He wanted to overcome the barriers and connect people to a successful work path. This is what we call PathMaking — a belief that we’re all here for a reason, and we all have a path. We want to help folks realize their own path and support them along the way.

OPEN HEARTS, OPEN HIRING
TC: How would you describe the overall philosophy of Open Hiring?

JK: It goes back to the PathMaking principle of making investments in each other and embracing uncertainty together. We call it “loving action,” which is a reciprocal relationship. We want our team members to know we care about their success, so they can be open and honest in talking to us about their struggles. We can only support them to the extent we know about their challenges.

TC: At what point did the company realize this was a practice that could make an impact beyond Greyston?

JK: This is a current phenomenon for us. It began to take off about two years ago when our CEO Mike Brady — who had served as general manager at the bakery — began getting calls from people asking about the Open Hiring model. They wanted to know if we could help them learn from what we were doing. That’s why we decided to launch the Center for Open Hiring.

TC: What’s the purpose behind the Center for Open Hiring?

JK: The intent of the center is to help spread the Open Hiring gospel to other organizations. You don’t have to do it the way we’re doing it; it’s about having a mindset shift toward greater inclusivity in hiring practices. We’re just here to share what we’ve learned and help people see the various ways they can apply those principles in their organization.

TC: What are some of the early successes of the center and its ability to scale the practice of Open Hiring?

JK: We just completed our first Learning Lab late last year, with 20 participants representing a variety of companies and professionals, and we have another Learning Lab coming up in March of this year with online registration. A firm in the Netherlands has launched Open Hiring for their facility. A janitorial service company in Rochester, N.Y., has embraced Open Hiring as well, and we’re working with a number of others on how they can make their hiring practices more inclusive. Then there are the other companies that have been hiring people coming out of our workforce development programming, which is another way to put Open Hiring into practice. All of these are ways we can build scale with Open Hiring. Wouldn’t it be great if 10 more, 100 more or 1,000 more companies would do what we’re doing?

JK: Yes, we’re not only generating social and economic impact, we’re providing good human capital management. We’re helping people learn how to bring folks in who have been traditionally excluded from the workforce. This creates opportunities for employers, buyers and consumers. Plus, Open Hiring environments definitely reduce employee turnover — people are grateful for the opportunity and thrive there. In fact, our turnover rate is two percentage points better than the industry average. It’s what happens when you make investments in a person’s ability to follow their path.

Riggs Partners is a creative marketing consultancy that specializes in building Responsible Brands. We help visionary clients build these high-performance brands by aligning a powerful trifecta of organizational culture, business strategy and brand marketing. The company is also the founder of...