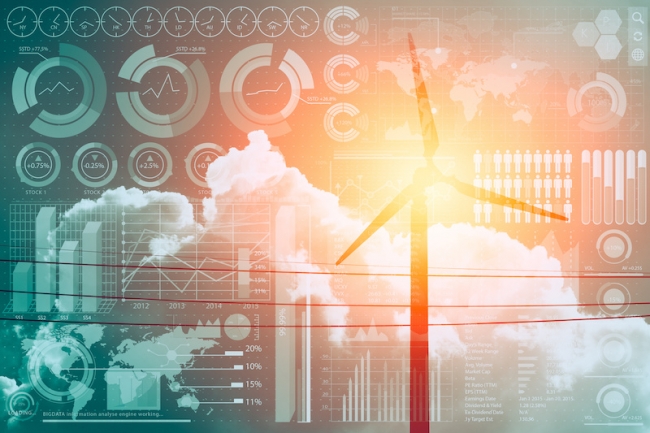 Ceres welcomes new clean energy legislation unveiled this week by Virginia lawmakers to transform the electricity grid and ensure Virginia leads the way in the transition to a net-zero emissions future.

At a press conference Thursday morning, Virginia Sen. Jennifer McClellan and Dels. Rip Sullivan and Jennifer Carroll Foy announced plans to introduce the Virginia Clean Economy Act, which would build an electricity grid that is run on 100% carbon-free energy and completely eliminate carbon pollution from Virginia’s utilities by 2050. A broad coalition of businesses, clean energy advocates and environmental justice groups joined to show their support for the legislation.

“The Virginia Clean Economy Act is a smart, business-friendly way to tackle carbon pollution at the pace and scale that the latest climate science says is necessary to address the climate crisis,” said Alli Gold Roberts, director, state policy, at Ceres. “Companies are already heeding this call to act, not just because it is the right thing to do but because it is smart business. In Virginia, more than 56 companies have goals to power their operations with 100% renewable energy because they understand that economic growth and emissions reduction go hand-in-hand. Greening Virginia’s electricity mix will help attract major companies working to meet ambitious sustainability goals and unlock private sector investments in Virginia’s clean energy economy.”

“Major companies know that smart policies like the Clean Economy Act are needed to ensure that companies are able to meet their sustainability goals. As we head into the upcoming legislative session, companies remain committed to engaging lawmakers to see this ambitious new legislation proposal become reality,” added Gold Roberts.

The Virginia Clean Economy Act’s goal to reach 100% carbon-free electricity by 2050 is aligned with Gov. Ralph Northam’s Executive Order 43, which he signed in September 2019. Achieving this goal will lower Virginians’ power bills, create jobs and boost economic development, according to a recent study.