U.S. House Leaders Call for a Nationwide Goal to Achieve 100% Clean Energy by 2050 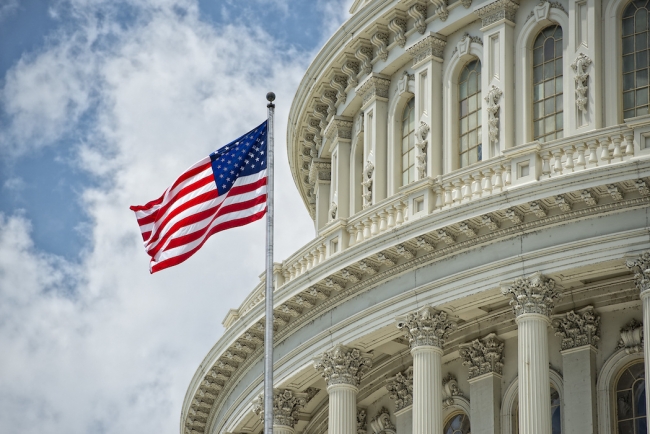 As the Trump administration begins the formal process to withdraw the U.S. from the Paris Climate Agreement, U.S. House leaders dropped new legislation this week to establish a nationwide goal to achieve net-zero-carbon emissions across the entire economy by 2050.

The legislation—100% Clean Economy Act of 2019—has broad support with more than 100 cosponsors in the House. Passage of the bill would set the stage to power all sectors of the U.S. economy—from transportation to manufacturing to electricity—with 100% clean energy.

Scientists warn that we must work urgently to limit average global temperature rise to no more than 1.5 degrees Celsius in order to stave off the worst impacts of the climate crisis. In order to achieve this, all sectors of the economy must reach net-zero-carbon emissions by 2050.

“Companies are driving the transition to a net-zero carbon economy because they have done the math, they understand the risk as well as the opportunities, and they know that it makes business sense,” said Anne Kelly, vice president of government relations at Ceres. “However, given the scope and scale of the climate crisis, we also need smart policies to reduce carbon pollution and drive investment and innovation in zero-carbon technologies. The 100% Clean Economy Act of 2019 creates an opportunity for the U.S. to meet the critical emissions reduction targets that we know are necessary to avoid catastrophe. Enacting this proposal and other legislative solutions that will drive economic growth and create new jobs across the country is the only way forward.”