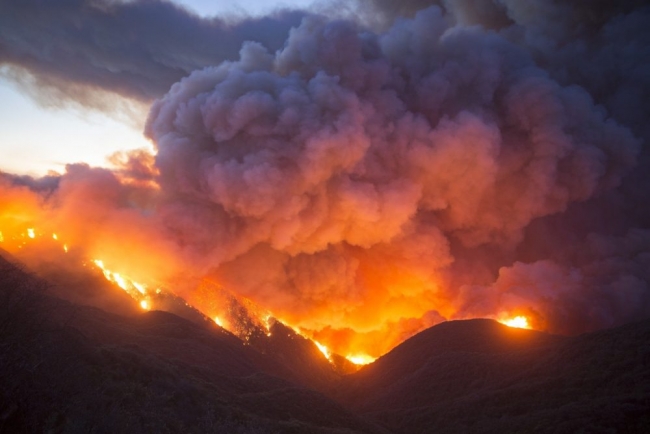 United Airlines reaffirmed its commitment to California and to lifting up communities in crisis by announcing $165,000 in direct donations to three funds that provide assistance to those impacted by the California wildfires – Center for Disaster Philanthropy's 2019 California Wildfires Recovery Fund, Community Foundation of Sonoma County's Resilience Fund and California Community Foundation's Wildfire Relief Fund. The funds will provide immediate assistance to those impacted, along with long-term health services and housing solutions.

"The effects of the wildfires on our communities in California are heartbreaking, and we want to do our part to support the organizations that are on the ground, helping those in need," said Janet Lamkin, United's president for California.

In addition to supporting these funds, United is working with the American Red Cross to provide approximately 5,000 blankets to shelters across the state of California. Today's announcement builds on United's continued commitment to California and recent campaigns to aid in response to wildfires and other disasters. United has strong partnerships with the American Red Cross, the California State Fire Foundation (Cal Fire) and the California State Parks Foundation to support California year-round, not just when disasters strike.

"As many of our neighbors return safely home, we grieve for those families who have lost so much from the Kincade Fire," said Elizabeth Brown, President and CEO, Community Foundation Sonoma County. "We established the Sonoma County Resilience Fund to help our community recover now and in the years to come, and we are incredibly grateful to United Airlines for their steadfast and generous support of Sonoma County."

In 2019, United is focusing more than ever on its commitment to its customers, looking at every aspect of its business to ensure that the carrier keeps customers' best interests at the heart of its service. In addition to today's announcement, this year United:

United's shared purpose is "Connecting People. Uniting the World." We are more focused than ever on our commitment to customers through a series of innovations and improvements designed to help build a great experience: Every customer. Every flight. Every day. Together, United and United Express operate approximately 4,900 flights a day to 358 airports across five continents. In 2018, United and United Express operated more than 1.7 million flights carrying more than 158 million customers. United is proud to have the world's most comprehensive route network, including U.S. mainland hubs in Chicago, Denver, Houston, Los Angeles, New York/Newark, San Francisco and Washington, D.C. United operates 788 mainline aircraft and the airline's United Express partners operate 560 regional aircraft. United is a founding member of Star Alliance, which provides service to 195 countries via 26-member airlines. For more information, visit united.com, follow @United on Twitter and Instagram or connect on Facebook. The common stock of United's parent, United Airlines Holdings, Inc., is traded on the Nasdaq under the symbol "UAL".