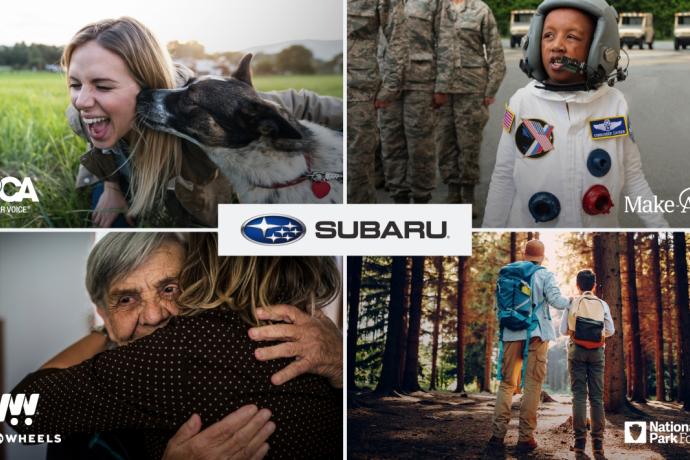 From November 14, 2019 through January 2, 2020, Subaru will donate $250 for every new Subaru vehicle purchased or leased at more than 632 participating Subaru retailers nationwide to the customer’s choice of the following national charities: The American Society for the Prevention of Cruelty to Animals® (ASPCA®), Make-A-Wish®, Meals on Wheels America and National Park Foundation. Subaru retailers also will have the opportunity to add a local hometown charity for their customers to support.

“We at Subaru are humbled to support our national charity partners for the twelfth year in a row,” said Alan Bethke, Senior Vice President of Marketing, Subaru of America Inc. “The commitment to spread love by our retailers, customers and national and hometown charity partners is why the Subaru Share the Love Event has touched the lives of so many. We look forward to making the 2019 Subaru Share the Love Event an even greater success by donating a grand total of $170 million since 2008.”

In addition to the four national charity partners, Subaru retailers across the country have selected over 695 local charitable organizations to support during this year’s Share the Love Event.

The American Society for the Prevention of Cruelty to Animals® (ASPCA®)
A leading voice for animals for over 150 years, the ASPCA® provides lifesaving protection and care to animals in need. Whether it’s rescuing animals from abuse and neglect, introducing and enforcing more humane legislation, or supporting animal shelters across the country, the ASPCA helps animals live better lives. Through the ASPCA, the Subaru Share the Love Event has had a significant impact on the rescue, transport, adoption, and well-being of more than 57,000 animals across the country.

Make-A-Wish®
Research shows when children diagnosed with a critical illness are granted their one true wish, it can help improve their quality of life. Their families and entire communities come together. The impact from just one wish, has the power to transform the lives of everyone involved. In partnership with Make-A-Wish, the Subaru Share the Love Event has granted the wishes of more than 2,200 children with critical illnesses.