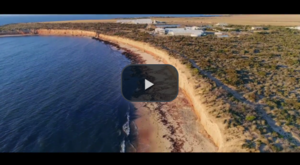 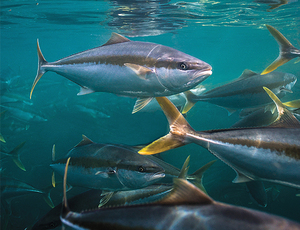 Clean Seas’ Kingfish are raised in the Spencer Gulf off the southern coast of Australia. With no land between the Spencer Gulf farm and the Antarctic, these Southern Ocean waters are some of the cleanest in the world. The cold temperature of the waters also means that the fish naturally grow at a slower rate and live longer. The farm’s isolation is what makes the fish so pure and clean in taste, which is in demand by chefs around the world for serving both cooked and raw.

The ASC, an independent not-for-profit organisation, recognises farms like Clean Seas through its certification program, by confirming measures taken to protect the natural environment, biodiversity, water resources and wild populations. It also requires the use of responsibly sourced animal feed and other resources, and the diversity of species and wild populations.

With consumers increasingly looking for responsible aquaculture, ASC certification provides an assurance that the fish in retail outlets and restaurants with its seal is environmentally and socially reliable.

Clean Seas is delighted to achieve this important certification and recognises the growing global demand for sustainable and responsibly farmed seafood products.

“This is an exciting and important step for our company,” says Clean Seas’ Managing Director and CEO, David J Head. “Our Spencer Gulf Hiramasa Kingfish is widely recognised as arguably the best raw fish in the world, and now this ASC certification, considered the most robust standard in aquaculture, is formal validation of our environmentally responsible and sustainable farming practices. As we embark on further expansion, particularly in Europe and North America, ASC certification will open up opportunities for us to serve customers seeking high-quality, premium seafood products with these verifiable environmental and sustainability credentials.”

“Only farms that can demonstrate they are meeting the highest standards of responsible production can achieve ASC certification,” said Duncan Leadbitter, ASC Commercial Manager for Australian and New Zealand. “This certification is testament to a lot of hard work by Clean Seas, and it’s great news for retailers and consumers who want to enjoy seafood that has been produced with minimal environmental and social impacts.”

”We congratulate Clean Seas on the successful completion of its assessment, which resulted in ASC certification”, said Adam Daddino, SCS’ ASC Program Manager. “It confirms that Clean Seas is a sustainability leader in the region”.

Globally, more than 25 per cent of greenhouse emissions come from food production, but seafood has a smaller carbon footprint than other animal proteins because of its minimal output of compounds like methane, and lower usage of fossil fuels required for production.

Kingfish, rich in essential fatty acids like omega-3s, is one of the highest fish sources of protein available, and is growing in popularity around the world.

Clean Seas’ ASC-certified Kingfish is now available to the US, Europe, Asia and Australia, 52 weeks a year.

About Clean Seas
Clean Seas Seafood Limited was formed in 2000 and was publicly listed in 2005. The company is the global leader in full cycle breeding, production and sale of Spencer Gulf Hiramasa Kingfish and is renowned worldwide for its exceptionally high-quality fish, which is listed on menus of leading restaurants around the world.

About Aquaculture Stewardship Council (ASC)
The Aquaculture Stewardship Council is an independent, international non-profit organization that manages the worlds’ leading certification and labelling program for responsible aquaculture. It also regulates responsible use of animal feed and other resources, checks that no unnecessary antibiotics or chemicals are present in the water, and looks after the health and safety of every farm worker. The ASC contributes to the livelihoods of communities around the world, ensuring a prosperous sustainable-seafood industry for years to come. www.asc-aqua.org