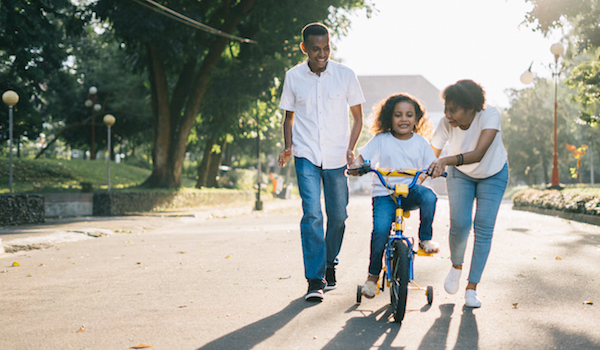 A growing number of Americans believe environmental problems are an important issue, according to the latest research report from Living Standard, an initiative of the U.S. Green Building Council (USGBC). The report, called Standard Issue Volume II, sampled 1,850 adults across the U.S. and found that while most people believe environmental problems are important, they do not believe the issues are significant enough to make action a priority. The report examines steps that can be taken to mobilize the general public and provides tools to help motivate people to get involved. This is the second report released by USGBC as part of its Living Standard initiative, which takes a closer look at how people feel about sustainability, the environment and green building through the lens of language and storytelling.

“We all want better lives for ourselves, our families and our children. Our community is committed to realizing a sustainable future for all and green buildings play a central role in making that a reality. Sustainable spaces help reduce the immediate and direct health outcomes that environmental problems create, as well as provide important economic benefits for neighborhoods and cities,” said Mahesh Ramanujam, president and CEO of USGBC. “But in order to make real progress, convince the public of the reality of climate-related threats and increase demand for green buildings, we’ve got to empower and mobilize those beyond our community to get involved and take action.”

The research suggests the simplest way to connect with others on the importance of the environment is to frame the conversation around people and the health, safety and wellbeing of their friends and families. When asked to select three things they feel most passionate about protecting and improving, the very important and somewhat important survey groups said they were most passionate about protecting the health of their family and friends, at 61% and 63% respectively. And the top reasons both groups say people should demand action to address environmental problems is “our families deserve to inherit a safe, healthy environment” and “environmental problems are already causing unhealthy air and drinking water, which hurt me and my family’s health today.”

But, according to the report, people do not often consider how the places where they spend their time affect their health. When asked how often they consider the impact of the buildings they spend time in on the environment and their health, 39% said they never considered it or do not know. The lack of awareness is significant, yet 50% consider it very important that green buildings improve health.

“Prioritizing the development of green buildings is about improving the standard of living for everyone while also contributing to our climate goals,” said Ramanujam. “Through LEED, we can create spaces that protect our health and increase our productivity, and also help reduce carbon emissions and improve air and water quality. We should all feel confident that our schools, hospitals, offices and homes are reducing our exposure to toxins and allergens, and have the ability to protect us during critical moments, such as natural or man-made disasters.”

The report also includes steps that the general public can take to get involved and an Action Toolkit, which provides tools for how to carry the message about the importance of green building into the broader public.

USGBC’s Living Standard initiative focuses on both qualitative and quantitative research, as well as highlighting the power of storytelling in showing how prioritizing green buildings can deliver economic, social and environmental benefits to people and communities. By using green building and LEED, people are sharing new and innovative ways that spaces can change lives and improve our universal standard of living. As part of the campaign, USGBC has continued to build on the momentum of its first Living Standard report by profiling their extraordinary work and showcasing the stories and contributions of companies, policymakers and community leaders from across the country.

The U.S. Green Building Council is the nation's leading coalition of corporations, builders, universities, federal and local agencies, and nonprofit organizations working together to promote buildings that are environmentally responsible, profitable and healthy places to live and work. Greenbuild as well as the LEED™ (Leadership in Energy and Environmental Design) Green Building Rating System are projects of the USGBC.