How Do We Harness the Power of Scale to Meet 2030 Climate Goals?

As the landmark UN Climate Action Summit gets underway, energy company Ørsted says the world must build green energy faster and bigger to halve carbon emissions by 2030 and limit global warming to 1.5Â°C. 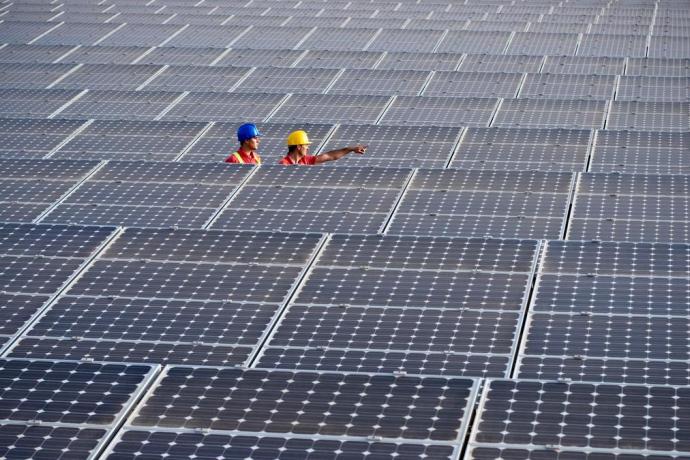 Large-scale development of renewable energy technology at a global scale is critical to meeting climate goals by 2030.

UN Secretary General António Guterres clearly stated the agenda of the Summit when he said: “I want to hear about how we are going to stop the increase in emissions by 2020, and dramatically reduce emissions to reach net-zero emissions by mid-century.”

Governments will have to come to New York with clear and enhanced plans to reduce their countries’ carbon emissions and progress climate goals. Businesses too will need to act fast to remove emissions across their operations and deliver sustainable solutions to consumers.

For Ørsted, a rapid global transition from fossil fuels to renewable energy is fundamental to reducing carbon emissions in half by 2030 and limiting global warming below 1.5°C.

“Renewable energy from solar and wind energy is now built at scale and outcompetes fossil fuels on price in most markets. But the transition from fossil fuels to renewables needs to happen much faster to stay within 1.5°C of warming and meet the world’s growing energy needs,” says Filip Engel, Vice President for Sustainability, Public Affairs and Branding at Ørsted.

To accelerate the transition, governments must set ambitious and stable energy policies that enable companies to invest in renewable energy generation at large scale. This helps to foster innovation and supply chain efficiencies, which further drives down costs. That is the power of scale.

The experience of the offshore wind sector shows the impact of scaling-up green energy technologies. As the industry leader, Ørsted has helped reduce the cost of offshore wind by more than 60% since 2014. In Europe, it is now cheaper to build offshore wind, than new built coal or gas fired power plants and nuclear plants1. In just the past decade, offshore wind has gone from a niche to a global, rapidly growing technology.

“At the same time, the world must stop building new coal plants to have a realistic chance of halving emissions towards 2030, and not undermine the green energy transition,” says Engel. For its part, Ørsted has cut coal consumption by 81% since 2006 and will completely stop using coal by the end of 2022. That is 27 years ahead of what is needed by the energy sector2.

Read more about the benefits of the green energy transition in this Ørsted blog post for The Climate Group.

In the past ten years, Ørsted has transformed from a coal-intensive utility to a global renewable energy company. By mid-2019, the company had reduced carbon intensity of energy generation by 83%, as compared to 2006, well beyond the necessary reduction trajectory of the energy sector to stay within 1.5°C.

“Ørsted will share its story of decadal transformation from fossil fuels to renewables at Climate Week and the Climate Action Summit in New York. We hope to inspire other companies to reduce carbon emissions and help meet climate goals in the next ten years towards 2030,” Engel says.

About Ørsted
The Ørsted vision is a world that runs entirely on green energy. Ørsted develops, constructs and operates offshore and onshore wind farms, bioenergy plants and provides energy products to its customers.

2. Based on the International Energy Agency’s 2C scenario for carbon emissions reductions in the energy sector; in line with the Paris Agreement on Climate Change.