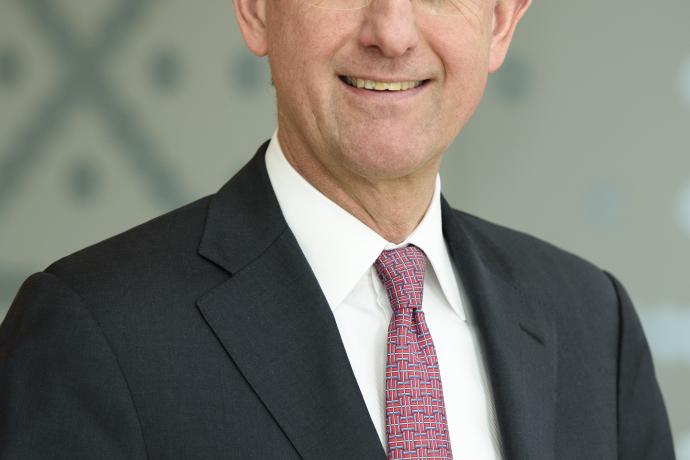 Solidia Technologies® has named Jules Kortenhorst, CEO of the Rocky Mountain Institute, to its Board of Directors. A world leader on global energy issues and climate change, Kortenhorst will lend his globally renowned expertise to help Solidia accelerate commercialization of a technology with the potential to eliminate at least 1.5 gigatonnes of COâ‚‚ each year. The Board addition – the first in a series of leadership announcements coming this month – marks Solidia's acceleration of its efforts to rapidly scale-up the technology around the world.

"We are honored and thrilled that Jules Kortenhorst is throwing his passion for climate impact behind Solidia's carbon-reducing technology," said Solidia's President and CEO Tom Schuler. "With his expertise and passion, Jules offers the type of leadership the world needs today to combat climate change and demonstrate the vast potential for industry to shift attitudes and practices, reframing sustainability as a critical engine for growth."

"During my career, I have had the opportunity to observe a great number of sustainable innovations and approaches to addressing our most pressing environmental challenges," said Kortenhorst. "With its capacity to reduce carbon by the equivalent of 4% of the world’s CO2 emissions each year in the production of cement and concrete, I have seen few as potentially impactful, far-reaching and fast as Solidia's. I am excited to join the team of committed cleantech visionaries on Solidia's Board who are determined to show the world how sustainability can be 'business as usual' in a global industry and make measurable progress in our lifetime."

Global demand for concrete products is second only to the demand for water. Cement is the “glue” used to make concrete. For every ton of cement produced, a ton of CO2 is released into the atmosphere, making cement production the second largest carbon emitter, responsible for 5-7% of total carbon emissions on the planet. Solidia’s technology starts with a sustainable cement and cures concrete with CO2 instead of water, reducing the carbon footprint of concrete up to 70% compared to traditional concrete. Using the industry’s existing infrastructure, raw materials, formulations, production methods and specifications, the resulting CO2-cured concrete products are higher performing, cost less to produce, and cure in less than 24 hours, as compared to the 28 days required for traditional concrete to reach full strength. With higher-performing products that save manufacturers time, money, water and energy, Solidia makes adopting sustainable innovation smart business.

"Jules Kortenhorst offers the stature, impact and credibility a game-changing technology such as Solidia deserves, and we are honored by his willingness to lend his voice and reach as we execute an aggressive strategic, plan for commercial growth," said Solidia Board Chairman Jan van Dokkum.

Kortenhorst's background spans business, government, entrepreneurial, and nonprofit leadership. Prior to RMI, Jules was the founding CEO of the European Climate Foundation (ECF), the largest philanthropic organization dedicated to policy development and advocacy on climate change in Europe. Before launching ECF, he served as a member of the Dutch parliament for the Christian Democratic Party.

During the first 20 years of his career, Jules worked in the business world. He was the CEO for International Operations of ClientLogic Corporation, a global leader in outsourced customer relationship management (CRM) solutions. He worked for almost 10 years for Royal Dutch/Shell, among others as managing director of Shell Bulgaria, and he began his career as an analyst at McKinsey & Co.

Kortenhorst currently serves on the Energy Transition Commission and is the co-chair of the WEF Global Future Council on Energy. He also is a non-executive board member of the Energy Web Foundation and an advisory board member of Land Life Company. He holds an MBA from Harvard and a Master’s in Economics from Erasmus University, Netherlands.

Solidia’s target market—the $1 trillion global concrete and $300 billion global cement markets—are of the few large to make a meaningful impact fast enough on carbon. Solidia’s is one of the only suite of technologies that addresses the carbon challenge from both ends, both reducing CO2 emissions in the production of Solidia Cement™ plus utilizing and ultimately destroying CO2 in the production of Solidia Concrete™. At full market conversion, Solidia can also save three trillion liters of fresh water, reduce energy consumption equal to ~260 million barrels of oil (or 67 million tonnes of coal), and eliminate 100 million tonnes of concrete landfill waste every year.

Since 1982, Rocky Mountain Institute has advanced market-based solutions that transform global energy use to create a clean, prosperous and secure future. An independent, nonprofit think-and-do tank, RMI engages with businesses, communities and institutions to accelerate and scale replicable solutions that drive the cost-effective shift from fossil fuels to efficiency and renewables.