National Geographic, in Partnership With P&G, Explores a Global Movement, a Multiplatform Docuseries Driven by Activists, Game Changers, and Policymakers 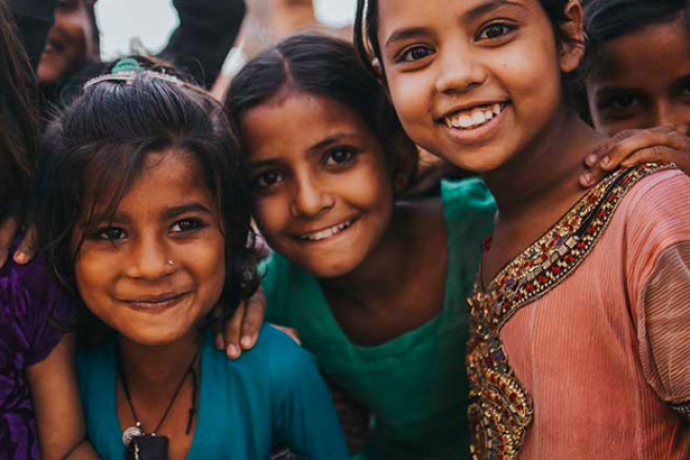 ACTIVATE will take audiences from the Global Citizen Festival stages to the front lines of change around the world while spotlighting real-time efforts to address issues related to extreme poverty. Through the eyes of activists including Hugh Jackman, Priyanka Chopra Jonas, Becky G, Usher, Common, Rachel Brosnahan, Gayle King, Bonang Matheba, Pharrell Williams, Darren Criss and Uzo Aduba, and told through the iconic storytelling lens of National Geographic, viewers will hear the stories, meet the people and witness firsthand the work that is being done to combat extreme poverty and inspire a global movement.

The series has been filmed internationally in Mexico, Nigeria, Peru, the Philippines and South Africa, and across the United States in California, New York, Tennessee and Washington, D.C.

The ACTIVATE partnership is the result of a shared commitment National Geographic, P&G and Global Citizen have made to leverage their collective influence, audience and scale to both raise awareness and inspire a global community to take action.

For more than 10 years, Global Citizen has been working to defeat extreme poverty through advocacy and citizen engagement, motivating businesses, organizations and governments to make financial commitments and policy changes to achieve the United Nations Sustainable Development Goals and eradicate extreme poverty by 2030. At the same time, P&G has a rich history of leveraging its brands and its people as a force for good to make the world a better place by helping solve critical issues related to girls’ education, clean drinking water, disaster relief, sustainability and inequality. And for more than 130 years, National Geographic has utilized its powerful imagery and impact storytelling to help audiences around the globe understand the world around them so that, in turn, they care more about it.

The multiplatform ACTIVATE storytelling partnership will expand beyond the documentary series to include a 10-page custom print section for ACTIVATE in the September issue of National Geographicmagazine as well as custom story stretches aligned to each episode, custom digital articles and social media moments highlighting various issues within ACTIVATE.

The partnership will also include digital hubs on NatGeo.com and GlobalCitizen.org for viewers who would like to dive deeper into the six critical issues highlighted in the series. Viewers will be able to take action on Global Citizen campaigns, earn rewards and learn more about P&G’s brand impact efforts led by Tide, Always, Head & Shoulders, Charmin and more.

The ACTIVATE series will illustrate experimentation with new content and distribution models, and new ways to mobilize viewers across the world.

Episodes Descriptions:
ACTIVATE: Eradicating Extreme Poverty
Premieres: Thursday, Sept. 5, 2019
Hugh Jackman, Priyanka Chopra Jonas and Becky G join Global Citizen in campaigns to push world leaders into enacting policy changes that would end extreme poverty around the globe. As Jackman prepares for the organization’s massive Central Park festival, Becky G travels to Mexico to amplify Global Citizen’s campaign to push companies to support women-owned businesses. Experts describe the state of extreme poverty around the world, the enormous progress that’s been made in the past 20 years and innovative solutions being implemented across the globe, including P&G and its Charmin brand’s supply chain sourcing efforts.

ACTIVATE: Ending Cash Bail
Premieres: Thursday, Sept. 12, 2019
Artists and activists Common and Usher team up with Global Citizen and grassroots organizers as they attempt to achieve historic criminal justice reform by ending the use of cash bail in New York state.

ACTIVATE: Education Cannot Wait
Premieres: Thursday, Sept. 19, 2019
Emmy Award-winning actor Rachel Brosnahan teams up with Global Citizen and travels to the border of Peru to see what happens to children’s education during conflicts and natural disasters. After an emotional experience with displaced families, Brosnahan and Global Citizen return to the U.S., where they urge Ireland, the U.K. and the U.S. to pledge millions to Education Cannot Wait, a global fund for education during crises. Experts describe the disproportionate impact that natural disasters and conflict have on developing countries and ways people and brands around the world, like Tide, are providing effective relief during emergencies.

ACTIVATE: Keeping Girls in School
Premieres: Thursday, Sept. 26, 2019
Priyanka Chopra Jonas joins Global Citizen and activists around the globe as they campaign to break down barriers to girls’ education. Meanwhile, Gayle King and Bonang Matheba rally tens of thousands of people to call on the South African government to commit $58 million toward ending “period poverty” and providing girls with the menstrual education and resources they need to stay in school and stay confident. Experts describe the broad range of issues that keep girls from getting an education in developing countries, and the enormous progress that’s being made around the world, like the work by feminine care product brand Always to provide free educational resources.

ACTIVATE: Ending Plastic Pollution
Premieres: Thursday, Oct. 3, 2019
Pharrell Williams joins Global Citizen’s push to get governments, companies and individuals to solve the ocean plastic pollution crisis. Meanwhile, Darren Criss travels to the Philippines to witness plastic’s impact on people living in extreme poverty and calls on global citizens to urge their mayors to commit their cities to zero-waste futures. Experts describe the disproportionate impact of plastic pollution on people in developing countries and the ways people and brands, like Head & Shoulders, are solving the problem around the world.

ACTIVATE: Clean Water
Premieres: Thursday, Oct. 10, 2019
“Orange Is the New Black” star Uzo Aduba joins Global Citizen as they rally millions around the world to push for clean drinking water and proper sanitation for the world’s most vulnerable people. They travel to Aduba’s parents’ homeland of Nigeria, where they urge governors to commit state funds to eradicate the contaminated water and open defecation crises. Experts describe the effects of contaminated drinking water on people in developing countries and solutions being implemented around the world, including the P&G Children’s Safe Drinking Water Program.

About Global Citizen
Since the first Global Citizen Festival in New York in 2012, Global Citizen has grown into one of the largest, most visible platforms for young people around the world, calling on world leaders to honor their responsibilities in achieving the United Nations Sustainable Development Goals and ending extreme poverty by 2030. Global Citizens have generated commitments and policy announcements from leaders valued at over $37.9 billion that are set to affect the lives of more than 2.25 billion people. The organization has taken its action-based model to South Africa, Australia, India, the United Kingdom, Germany, Belgium and Canada, and has created a platform for activists to learn about the issues they care most about, take action and earn rewards for doing so.

About RadicalMedia
RadicalMedia produces premium content across all media platforms. With offices in New York, Los Angeles, London, Berlin and Shanghai, RadicalMedia is a global intradisciplinary media company that creates and produces film, television, music programming, commercials, brand partnerships, interactive design, and digital and immersive experiences for all distribution platforms. RadicalMedia is fluent in every discipline of storytelling, with accolades that include Oscar, Emmy, Peabody and Grammy awards. Embracing the future and pushing innovation, RadicalMedia is aptly referred to as Never Established. Check out its latest work on Instagram and on www.radicalmedia.com.