Closing the Digital Divide: How Comcast-NBCUniversal Does Community Impact 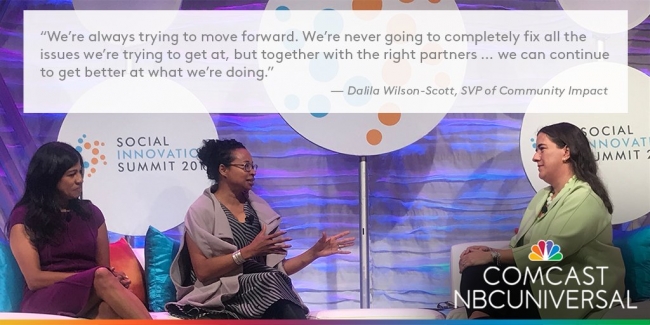 Originally published by Inside Philanthropy

One way to measure inequality in the country is through the digital divide. A Pew Research Center articlerevealed that even as lower-income Americans make gains in tech adoption, the divide persists. Around 29 percent of adults with household incomes below $30,000 a year don’t own a smartphone and more than four-in-ten don’t have home broadband services (44 percent) or a traditional computer (46 percent). Meanwhile, higher-income Americans are also more likely to have multiple devices that enable them to go online. This divide also impacts children, including fostering a so-called the “homework gap”—the gap between school-aged children who have access to high-speed Internet at home and those who do not.