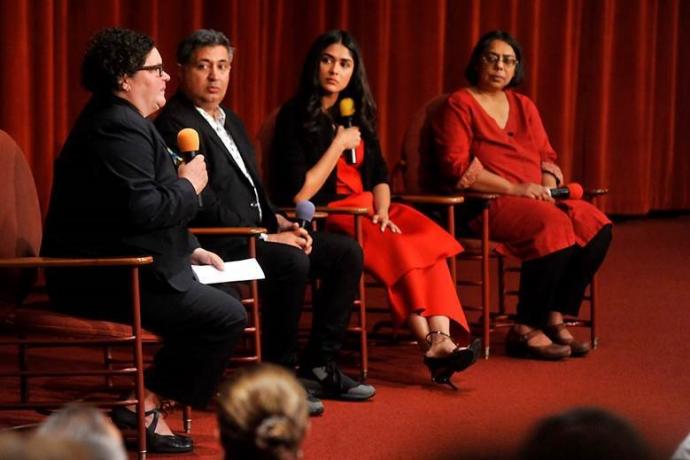 SC Johnson hosted a screening of the acclaimed film “Love Sonia,” the story of a young girl’s journey to rescue her sister from the dangerous world of human trafficking after their debt-ridden father sells her into prostitution. Inspired by real-life events, the film is the directorial debut from “Slumdog Millionaire” producer Tabrez Noorani and exposes the disturbing issue of international human trafficking. The film was shown to an audience of law enforcement professionals, educators, medical professionals, community leaders and the general public at the company’s Golden Rondelle Theater in Racine, Wisconsin on Thursday, June 13.