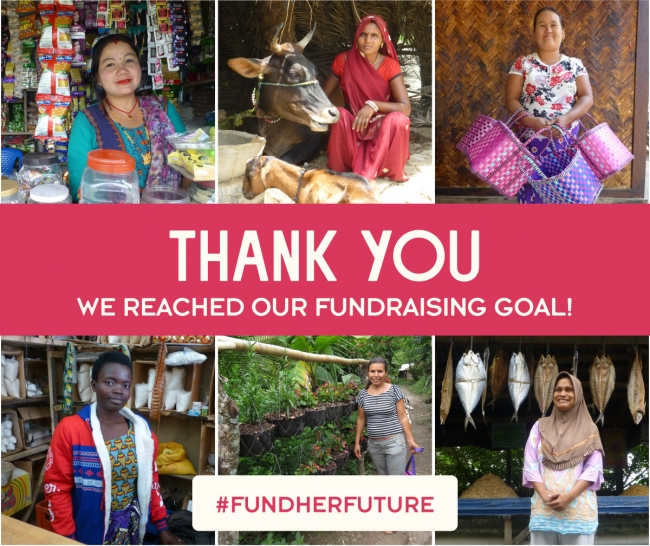 With the tremendous support of Whole Foods Market shoppers, team members and volunteers, donors, and corporate partners, the Whole Planet Foundation Annual Prosperity Campaign raised $4,249,706 during the month of March.  These efforts will support more than 128,000 people with the chance to lift themselves out of poverty through microcredit.

Each year, Whole Foods Market shoppers can round up their bill or make a donation of their choice to fund microloans for people living in poverty in countries around the world where Whole Foods Market sources products. Since 2006, shoppers have contributed more than $45 million, close to half of the Foundation’s revenue since inception. Amplifying this year’s campaign, Amazon and Chase donated $1 million through a 2% giveback on shopper purchases using the Amazon Rewards Visa Card during March 1-14 at Whole Foods Market and top suppliers in the $50,000 and $100,000 annual giving levels are collectively donating $1.05 million to fund the future of low-income entrepreneurs around the world to change their own lives.

Microcredit is small loans – the current average first loan size supported by Whole Planet Foundation is $178 – with no formal collateral or contract, provided to the world’s poorest people – mostly women - to create or expand a business for the opportunity to pull themselves and their families out of poverty.

Whole Planet Foundation’s global impact has reached microentrepreneurs in 75 countries thanks to donors who support our mission to alleviate global poverty through microcredit. The foundation’s 2019 remaining potential disbursement schedule to microfinance partners includes 17 countries: Burkina Faso, Liberia, Sierra Leone, Malawi, Namibia, South Africa, Zambia, Zimbabwe, Myanmar, India, Nepal, Cambodia, Afghanistan, Haiti, Guatemala, Bolivia and the United States. Thank you to each and every donor for their inspiring support of entrepreneurs around the globe!