40 Hispanic corporate leaders participated in the leadership advancement program; recognized for their leadership in the community and at their respective corporations 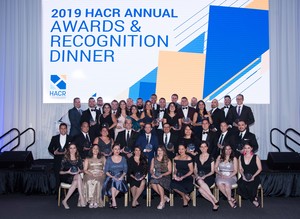 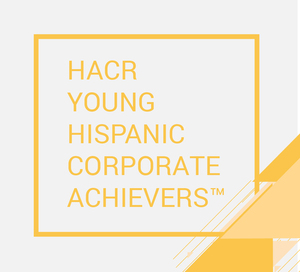 WASHINGTON, May 15 /CSRwire/ - The Hispanic Association on Corporate Responsibility (HACR) is pleased to announce its 2019 class of the HACR Young Hispanic Corporate Achievers™ (YHCA). These forty leaders were selected through a competitive nominations process and participated in a five-day leadership training program from May 3-7, 2019, at the JW Marriott Marquis in Miami. On May 7, the HACR YHCA Class of 2019 was recognized at the HACR Awards and Recognition Dinner, sponsored by Altria, Carnival Corporation & plc, MGM Resorts International, and Nationwide. Altria was the Host Sponsor of the HACR YHCA.

“Building and training a robust pipeline of diverse talent is going to be crucial for the future success of Corporate America,” said HACR President & CEO, Cid Wilson. “The HACR YHCA program not only helps companies identify their high potential talent, but gives that talent the necessary skills to take their companies to the next level and further elevate the power of Hispanic inclusion.”

Now in its 13th year, the HACR YHCA program was created to recognize young Hispanic executives in Corporate America who have shown leadership qualities at their respective companies along with a proven commitment to the Hispanic community, and are leading the way in establishing a new standard of excellence in Corporate America.

“This never gets old!  Every year, I look forward to the HACR Young Hispanic Corporate Achievers™ awards, which highlight the abundance of Latino talent in Corporate America,” said Claudia Baltazar Mills, 2016 HACR YHCA Alum and senior manager in Transformation for Altria. “Altria is proud to sponsor the HACR YHCA program and its effort to develop the next generation of Hispanic leaders.”

To qualify for the HACR YHCA program, candidates must be of Hispanic origin, between the ages of 25-40 at the time the award is received, and must also be employed at Fortune 500 and/or HACR Corporate Member company.