Duke Energy: Cleaner Energy Mix Can Be Affordable, Too 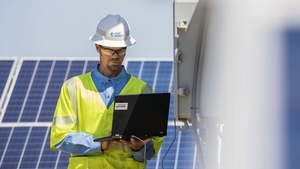 Among the highlights in this year’s report: