US$800,000 in Grants to Tackle Global Hunger Through Food Banking 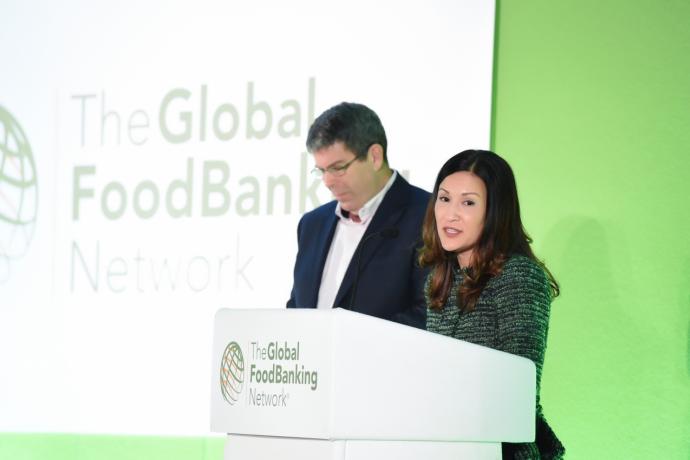 The Global FoodBanking Network (GFN) announced today a total of US$800,000 in grants for food banking organizations across the globe through the Zero Hunger Food Bank Challenge.

The grants – made possible by a generous contribution from the General Mills Foundation and additional funding provided by the PIMCO Foundation – aim to strengthen food banks’ contribution to achieving the United Nations’ Sustainable Development Goal 2 – which is to eliminate global hunger by 2030. An estimated 821 million[1] people—one in nine—go hungry, while 1.3 billion[2] tonnes of edible food is wasted.

The grants will be awarded to nine food bank organizations in Africa, South and Central America and Australia to help sustain and grow their food banking models to alleviate hunger and reduce waste.GFN is an international non-profit organization that strengthens food banks in more than 30 countries. The organization plays a vital role in redirecting surplus, wholesome food to the hungry and reducing food insecurity in nations and communities around the world.

Lisa Moon, GFN President and CEO, said: “Tackling food waste and world hunger are two of the most pressing issues facing global communities today. These grants will go directly to organizations on the frontline, helping them scale operations, ultimately helping more people over the next year. The grants will range from US$40,000 to US$100,000, making this the largest distribution of funds since GFN’s inception in 2006, which is a sign of the increasing focus placed on hunger and food waste around the world.”The grants were announced at the GFN Food Bank Leadership Institute (FBLI), the annual international conference for food bank leaders now in its 13th year. The three-day event featured panel discussions on tackling hunger and food waste with key note addresses from Tesco CEO, Dave Lewis and 2018 World Food Prize Laureate, Lawrence Haddad.

Nicola Dixon, Executive Director, General Mills Foundation, a funder and partner of GFN said: “When it comes to addressing world hunger and making the global food system more sustainable, few philanthropic investments have a greater impact than food banks. With investments like this one, we aim to ensure that good surplus food can increasingly be used to nourish hungry people, rather than go to landfills. That’s why General Mills has philanthropically invested €17.6 million (US$20 million) since 2010 to expand food bank capacity around the world – food banks that enabled 3.8 billion meals for hungry people last year leveraging good surplus food.”

About The Global FoodBanking Network