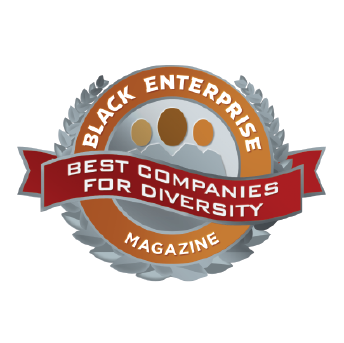 Aflac, the leader in voluntary insurance sales at U.S. worksites, is once again listed on Black Enterprise’s 2018 prestigious list of the 50 Best Companies for Diversity. This marks the 12th time that Aflac has appeared on this annual list.

“Aflac has long been a leader in the area of diversity and inclusion, and we are pleased that Black Enterprise has once again acknowledged our devotion to maintaining a fair workplace that focuses on community,” Aflac Chairman and CEO Dan Amos said. “Our commitment to diversity makes us a stronger, more caring company, demonstrating our desire to build a workforce that represents our customers. At Aflac, diversity isn’t just a business proposition; it is simply the right thing to do.”

According to Black Enterprise, to compile the list, Black Enterprise’s editorial research team, in partnership with the Executive Leadership Council, sends surveys to the nation’s top 1,000 publicly traded companies to get an in-depth look at the ethnic and gender composition, as well as their programs designed to foster an inclusive working environment. The annual survey focuses on African-Americans but includes other ethnic minority groups as defined by the U.S. Census Bureau. Any information provided by companies on diversity efforts targeted toward women, LGBT, the disabled and veterans is used as secondary, supporting data.

When a policyholder gets sick or hurt, Aflac pays cash benefits fast. For more than six decades, Aflac insurance policies have given policyholders the opportunity to focus on recovery, not financial stress. In the United States, Aflac is the leader in voluntary insurance sales at the worksite. Through its trailblazing One Day PaySM initiative, for eligible claims, Aflac U.S. can process, approve and electronically send funds to claimants for quick access to cash in just one business day. In Japan, Aflac is the leading provider of medical and cancer insurance and insures 1 in 4 households. Aflac insurance products help provide protection to more than 50 million people worldwide. For 12 consecutive years, Aflac has been recognized by Ethisphere as one of the World's Most Ethical Companies. In 2018, Fortune magazine recognized Aflac as one of the 100 Best Companies to Work for in America for the 20th consecutive year and included Aflac on its list of World’s Most Admired Companies for the 17th time. Aflac Incorporated is a Fortune 500 company listed on the New York Stock Exchange under the symbol AFL. To find out more about Aflac and One Day PaySM, visit aflac.com or aflac.com/espanol.