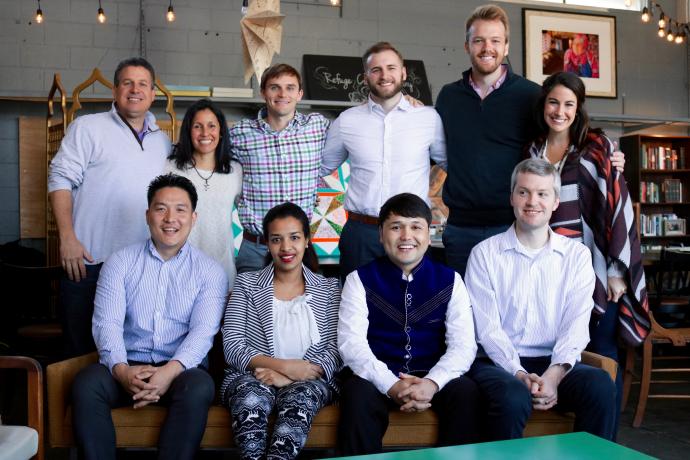 In an industry often described as “immoral” and “greedy,” Amplio Recruiting, a staffing company based in Clarkston, GA, becomes the first Certified B Corporation® of its type. Among companies like Patagonia and Ben & Jerry’s, Amplio has joined the B Corp(TM) commitment to achieving success at the triple bottom line.

Since its foundation, Amplio Recruiting has committed to placing highly skilled refugees in long-term jobs in Atlanta, Dallas, Houston and Raleigh. By connecting employers with a dependable refugee workforce, Amplio is able to empower skilled workers while decreasing turnover rates for their employers. Because its vision extends beyond the bottom line, Amplio has pursued its B Corp(TM) certification since March of 2017. Just 18 months later, Amplio is proud to announce its certification as a B Corp(TM)!

Each of the 2,655 Certified B Corporations are required to establish socially-responsible commitments with a focus on leveraging its business success for good. In order to maintain its B Corp(TM) status, a business must uphold its commitments and consider the impact of its work in the lives of employees, customers, community and environment.

“One of our commitments is to have 90% of individuals on our payroll represent the refugee community,” explains Amplio Recruiting. “We firmly believe there are thousands of underemployed or unemployed refugees looking for dignifying work, and our team is excited for this challenge!”

The external accountability beyond the bottom line is what initially drove Amplio Recruiting to pursue this certification back in March of 2017. However, as Amplio pioneers this new frontier as the first socially responsible staffing company, it has plans to grow.

“By becoming a B Corp, we hope to help raise the standard across the staffing industry for how temporary workers and clients are treated. There are now 7 million open jobs in the US and it’s the best time in the history of the world to be in staffing. If we as an industry raise our standards for how we care for employees and customers, everyone wins.”

Amplio Recruiting is a multi-city staffing agency staffing companies with the dependable refugee workforce. Located in Atlanta, Dallas, Houston and Raleigh, Amplio Recruiting has placed more than 1000 refugees in long-term jobs since its establishment in 2014.

Amplio recruits committed members of the refugee community to bring dependability and efficiency to companies, while also decreasing the turnover rate for our partner companies. For more information about Amplio and its partner companies, visit www.ampliorecruiting.com.

Certified B Corporations are leaders of a global movement of people using business as a force for good. They meet the highest standards of overall social and environmental performance, transparency and accountability and aspire to use the power of business to solve social and environmental problems. There are more than 2,000 Certified B Corporations in over 130 industries and 50 countries with 1 unifying goal – to redefine success in business.