Without a Crystal Ball, Companies Need to Reset to Anticipate the Next Viral Video Crisis 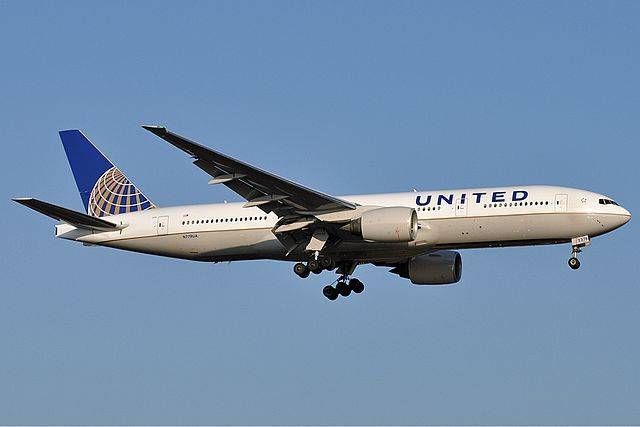 United Airlines is one example that could avoided PR crises by understanding its social footprint. Image credit: Jules Meulemans/Wiki Commons

Surely you have seen the videos over the past few years. During the spring of 2017, United Airlines’ reputation was battered after smartphone videos caught a passenger being roughed up after he was adamant that he would not give up his seat to accommodate another passenger. Starbucks felt compelled to close its retail stores for a half day after the infamous incident in which two black men had the Philadelphia police called on them while they were waiting to meet friends at a downtown location. That next infamous video could surface anytime. But are companies adequately preparing in the event such a snippet starts flying across Twitter or Facebook?

“Part of this problem is that CEOs concerned that their companies might be the target of the next video view that as a random fluke,” said Barie Carmichael, co-author of the book,Reset: Business and Society in the New Social Landscape, published earlier this year by Columbia University Press.

“But, year in and year out,” Carmichael continued, “70 percent of business disruptions like these actually could have been prevented by actions taken under management’s control.”

Carmichael referenced research by the Institute of Crisis Management. The organization’s recent work concluded that seven out of 10 such crises were “smouldering problems” that could have been mitigated had management addressed these problems beforehand.

The argument is akin to putting out a fire – it is easy for a fire crew to line up all of its forces to stamp out that fire, when the reality was that better sprinklers, the removal of brush, and a “no bonfire” sign could have prevented an incident from occurring in the first place.

From Carmichael’s point of view, those preventative measures include involving the company’s board of directors at the very onset of formulating the organization’s strategy. And that strategy is no longer about products and services, new adjacencies, or a “blue ocean” framework – terms that have all floated in and out of favor through the C-suite over the years.

“The focus has changed from products and brands to the company itself, and the result is that companies have to make some hard decisions; and boards need to have an active role in such decisions,” said Carmichael. “Recruiting and retaining the high-expectations next generation workforce makes this a competitive imperative.”

Similar to an argument made last month during a TriplePundit interview with another corporate responsibility leader, it is time for boards to move away from their traditional role from “signing off” on decisions such as audit committees and strategic plans to “signing on” at the very beginning of a process.

Other corporate governance experts have made similar observations. Leading business advisor and author Ram Charan wrote Owning Up in 2009 in the wake of the global financial crises a decade ago. Charam argued many companies’ boards and management should have seen their downfall coming. He advocated for boards to be more proactive when assessing risks inherent in their strategies.

“The days of the board simply signing off on directives are over,” explained Carmichael, “as the data is clear that social, environmental and economic sustainability together are the path to sustainable growth – and that should be the board’s job to ensure this occurs.”

And going back to the crises that consumed the likes of United and Starbucks, Carmichael suggested that companies need to be aware of their social footprint.

“Just as companies are evaluating their carbon footprint to understand their environmental impact,” said Carmichael, “companies need to be aware of their social footprint and ensure that is embedded within their strategy.”

By not understanding a company’s social footprint and the effect it could have on a company’s social impact, companies could suffer consequences. Lacking a grasp on challenges such as diversity, or customers’ reactions to various policies, could lead to an incident akin to those that befell the likes of a United or Starbucks.

The result is the need to redefine the very concept of “risk management,” as it has been practiced for decades by the business community. As the author Peter Bernstein discussed, the concept of risk management dates as far back to 17th-century France, and is based on the probability of events such as uncertainty in financial markets, natural disasters or legal liabilities.

But in today’s business climate, this assumption about risk does not account for the increased complexity of companies’ products and services – not to mention the fact it only takes one smartphone video to blow up a company’s reputation in a matter of minutes. Hence the question that begs to be asked is, what are some of the social factors that could lead to such an incident occurring without warning?

Actually, those warning signs are most likely already there.

“The bottom line is that policies to anticipate risk using 20th century tools are not viable in this newly transformed landscape,” argued Carmichael. “We’re in the middle of a totally different paradigm in the 21st century.”

Carmichael argues there are new metrics with capabilities available to track and anticipate reactions from customers, stakeholders and companies in real time, as reliance on conventional actuarial data designed for conventional risk management assessment is no longer sufficient.

One problem is that too many company boards are focused on brand management and risk – and not the impact of a company’s actual policies on its employees or customers. “Social risk is just not the same as calculated risk,” added Carmichael.

Focusing on social risk could have nudged United to arm its gate agents with more authority to compensate passengers who bumped from a flight. “By haggling over hundreds of dollars, they placed United’s billion dollar brand in jeopardy,” wrote one observer in the wake of last year’s United flight 3411 crisis.

Unfortunately, images of public relations crisis often do not show up in any crystal ball until after the fact. Anticipating the impact of a company’s social footprint is not simple; indeed, it only looks easy in retrospect. Therefore, Carmichael says it behooves companies to undergo a critical reassessment with external partners who can take a look fresh at the company’s strategy and policies from outside of any corporate bubble.

For example, Southwest airlines had long ended the practice of overbooking flights. The company says it trains and empowers employees to handle a myriad of scenarios. Southwest also supports its gate agents with supervisor support and a hotline to help them work through difficult customer situations in order to find a solution. Gate agents can request support as needed, and are not burdened with operational rules that hamper arriving at fair solutions in the airline’s quest to satisfy customers.

Outcomes may not always be perfect, but at least Southwest can argue its employees are equipped to handle difficult scenarios. “We try our best to take all the pain points for customers that we possibly can and eliminate them from the travel experience, and I’m sure we haven’t covered all of them yet, but that is the ideal that we are pursuing,” Southwest’s CEO, Gary Kelly, explained in a 2017 interview with the Wall Street Journal.

Turning to another industry, Starbucks had its own teachable moment when it improved benefits for its baristas after it turned out many of the company’s retail locations were overwhelmed as mobile ordering became more popular – but was rolled out without any boost to staffing.

In the end, whether companies deal with flare-ups such as viral videos, social media firestorms, or online employee petitions like the one that led to the recent change in Starbucks’ human resources policies, Carmichael suggested more thorough planning, an understanding of this new social landscape, and the involvement of boards could have prevented many of these headline-grabbing stories.

“These are not fluke accidents; they are a consequence of policy and business strategy,” said Carmichael as she wrapped up her interview with 3p.

Join Barie Carmichael and TriplePundit at 3BL Forum: Brands Taking Stands – The Long View, just outside Washington, D.C. on October 23-25, 2018. Over three fast-paced and dynamic days, the conference will showcase corporate voices on bridging the divide between investor relations and corporate responsibility, the “why” and “how” behind corporate decision-making on corporate responsibility, sustainability and when to take a stand. Receive a 15% discount using this code TRIPLE2018VIP when you register here.

This article originally published on TriplePundit.

3BL Media is the world’s leading communications partner for purpose-driven organizations. Through content distribution, multi-media promotion and hands-on learning experiences, we connect organizations to an unrivaled network of sustainability professionals, journalists, bloggers, investors, academics, policymakers and influencers who are passionate about engaging on topics like education, environment, community involvement, supply chain and circular economy, volunteering and the Sustainable Development Goals.