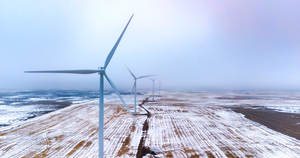 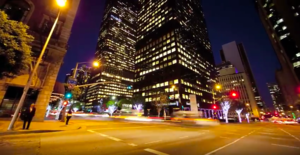 MINNEAPOLIS, May 22 /CSRwire/ - Xcel Energy is a step closer to achieving one of the most aggressive carbon-reduction goals in the industry. Today, the company announced it cut carbon emissions 35 percent, according to its newly released Corporate Responsibility Report. This puts Xcel Energy on track to reach or exceed its ambitious goal of reducing carbon emissions 60 percent by 2030 from 2005 levels.

“We’re on a path to provide a more sustainable, prosperous energy future and believe reducing carbon emissions while enhancing affordability is a tremendous benefit for the customers and communities we serve,” said Ben Fowke, chairman, president and CEO of Xcel Energy.

The company plans to continue reducing its environmental footprint with an energy mix that is projected to be 60 percent carbon free in 2022. This transition to cleaner energy involves retiring aging coal plants and replacing their energy with a combination of wind and solar power and using natural gas as backup. Much of the energy will come from wind power, as Xcel Energy will more than double its wind generation with 12 new wind farms in seven states. These new energy sources are complemented by two key sources — the company’s broad array of advanced customer energy efficiency programs and the continued efficient operation of its carbon-free nuclear plants in the Upper Midwest.

Other highlights detailed in the report include:

Xcel Energy (NASDAQ: XEL) provides the energy that powers millions of homes and businesses across eight Western and Midwestern states. Headquartered in Minneapolis, the company is an industry leader in responsibly reducing carbon emissions and producing and delivering clean energy solutions from a variety of renewable sources at competitive prices. For more information, visit xcelenergy.com or follow us on Twitter and Facebook.