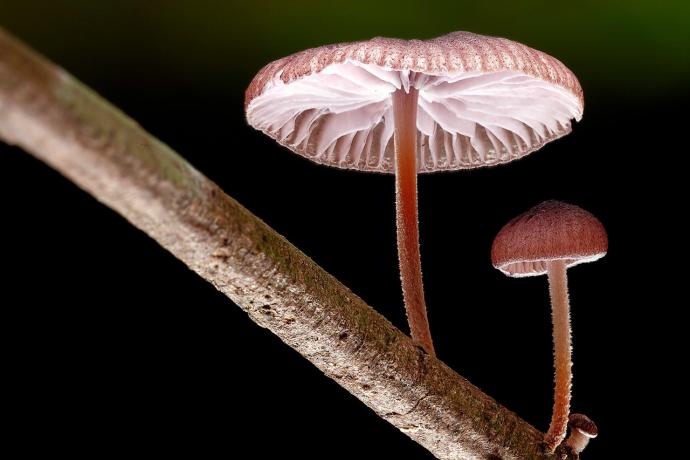 A new study from researchers at the World Agroforestry Centre (ICRAF) and the Kunming Institute of Botany (KIB) could help improve predictions of climate change by revealing the hidden role of bark in wood decomposition. For the first time, the scientists linked bark characteristics such as thickness, pH and density – which in life help protect the plant – to "afterlife effects" which help determine how rapidly woody plants decompose. According to the study’s authors, understanding how these effects vary between different plant species could provide a way for researchers to account for variations in plant decomposition rates. This could help scientists model processes in which decomposition plays a major role, such as climate change and nutrient cycling.

According to the lead author, Gbadamassi G.O. Dossa of ICRAF and KIB, the results of the study established the importance of bark traits in determining variations in wood decomposition. “Incorporating these effects should improve our understanding of carbon and nutrient cycles,” he noted.

Woody debris (WD) is a critical but often overlooked component of forest ecosystems. WD represents a globally significant carbon stock, and its decomposition returns nutrients to the soil while providing some form of habitat to microbes, plants and animals. Models of climate change and nutrient cycles therefore depend on an understanding of the drivers of WD decomposition. Scientists have long known that different woody plant species decompose in different ways and at different rates, and that this is at least partially due to the role of the bark in decomposition. However, because previous studies have often failed to distinguish between bark and wood, scientists have been unable to determine how bark traits such as thickness, structure and chemical content affect WD decomposition.

Future research could extend this analysis to other plant species, giving scientists a clearer understanding of how plants break down and release carbon and nutrients back into the ecosystem.

The World Agroforestry Centre (ICRAF) – www.worldagroforestry.org is a centre of scientific excellence that harnesses the benefits of trees for people and the environment. Leveraging the world’s largest repository of agroforestry science and information, we develop knowledge practices, from farmers’ fields to the global sphere, to ensure food security and environmental sustainability.

The Kunming Institue of Botany (KIB) –  http://english.kib.cas.cn/ is a leading research institute which is affiliated to the Chinese Academy of Sciences (CAS) and dedicated to research in the fields of Botany and Phytochemistry. KIB is committed to exploring the world of plants, to generating knowledge about them and to developing sustainable ways to use plant resources.

The World Agroforestry Centre (ICRAF) is a centre of scientific excellence that harnesses the benefits of trees for people and the environment. Leveraging the world’s largest repository of agroforestry science and information, we develop knowledge practices, for farmers’ fields to the global sphere, to ensure food security and environmental sustainability.

ICRAF is the only institution that does globally significant agroforestry research in and for all of the developing tropics. Knowledge produced by ICRAF allows governments, development agencies and farmers to utilize the power of trees to make farming and livelihoods more environmentally, socially and economically sustainable at scales.