Judged by CEOs Committed to Corporate Responsibility, Awarded at COMMIT!Forum 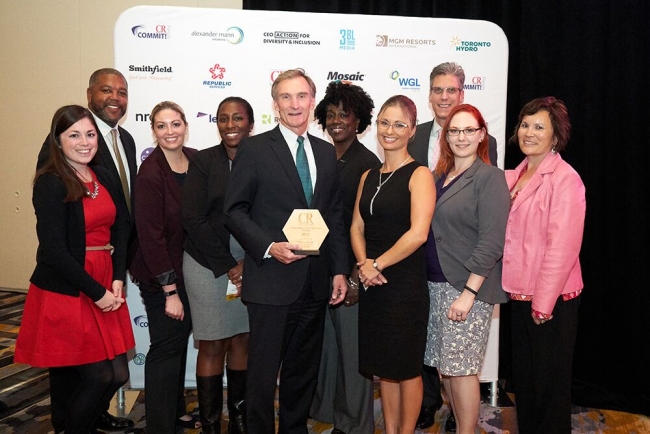 These prestigious awards will be presented at COMMIT!Forum, the leading event for corporate responsibility and sustainability practitioners, Oct. 23–25 at MGM National Harbor, just minutes from the nation’s capital. The judging panel is comprised of past Responsible CEO winners.

“Our 2017 winners included CEOs who personally led their companies to address important social issues like the opioid epidemic, groundbreaking research to treat burn victims and transforming corporate culture around sustainability and safety,” said Dave Armon, publisher of CR Magazine.  “Being selected by fellow CEOs and honored by peers makes these awards extremely meaningful for the winners.

Both public and private companies are invited to nominate their CEO.  There is no entry fee.  The nomination form can be found on the CR Magazine website. Nomination must be submitted by April 30, 2018, to be eligible for judging.

Winners of the 2017 Responsible CEO of the Year Awards were:

Most Innovative CEO of the Year -- Tom Szaky, Founder and CEO, TerraCycle, Inc.

All award winners were nominated by fellow members of the CR community and selected by an independent judging panel comprised of previous winners and other industry leaders including:

To determine the winners, judges considered several dimensions of the aforementioned standards including the scope of the CEO’s impact on their organization and community, the extent to which the CEO drove this initiative, and the individual reputation or professional risk taken by the CEO.