ASPCA and Subaru celebrate 10-year partnership impacting more than 40,000 animals across the country 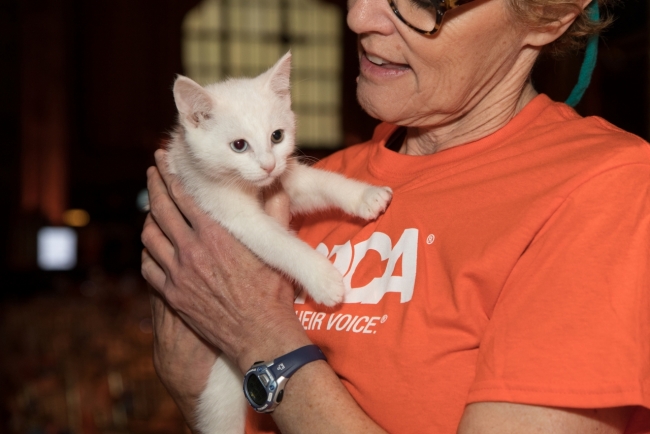 On Friday, November 24, the ASPCA is celebrating its 7th Annual Cat Friday adoption event for the nearly 100 cats and kittens currently available for adoption at the ASPCA Adoption Center. For the first time in its 10-year partnership, the ASPCA will be hosting Cat Friday as a Subaru Share the Lovefee-waived adoption event, in support of the ASPCA and the automaker’s longstanding commitment to help animals across the country.

As part of the 2017 Subaru Share the Love event, the ASPCA has provided grant funding to 90 animal welfare organizations across 36 states to support Share the Love fee-waived pet adoption events they co-host with their local Subaru retailer partners. Last year, the ASPCA’s participation in the Share the Love event resulted in a donation from Subaru of more than $3.2 million. Since 2008, Subaru has donated over $16.5 million to the ASPCA. This helped support over 1,200 adoption events and impacted the rescue, transport, and adoption of nearly 40,000 animals nationwide.

“Over the past ten years, our partnership with Subaru and Share the Love has provided help and homes for tens of thousands of animals in need,” said Matt Bershadker, president and CEO of the ASPCA. “We are grateful for Subaru’s sustained commitment to pets and communities, and thank all of the participating animal shelters for their dedication and collaboration.”

In addition to Share the Love, Subaru has supported the ASPCA’s work including adoption, spay/neuter, micro-chipping, and transport efforts throughout a variety of programs.

During the 2017 Subaru Loves Pets initiative in October, the ASPCA provided grant funding to 110 animal welfare organizations across 35 states and Washington, D.C. to host fee-waived adoption events in partnership with their local Subaru retailers, resulting in more than 2,900 adoptions. As part of the ASPCA & Subaru Loves Pets Rescue Ride grant program, the ASPCA has provided more than $500K in grant funding over the past four years to support animal transports, saving more than 20,000 animals as of 2016. Additionally, the Subaru VIP Program for ASPCA Guardians and Founders donates $100 to the ASPCA for every new vehicle purchased or leased through the VIP Program.

For more information on the ASPCA and Subaru partnership, visit www.aspca.org/subaru.

During this year’s Share the Love event, running through January 2, 2018, Subaru of America will donate $250 for every new Subaru vehicle purchased or leased to the customer’s choice of the four national charities. In addition, participating Subaru retailers can select one or two hometown charities from their local community in which customers can direct their support. To celebrate the tenth anniversary of the event, Subaru hopes to exceed a grand total of $115 million donated to charity since the creation of Share the Love.

Founded in 1866, the ASPCA® (The American Society for the Prevention of Cruelty to Animals®) is the first animal welfare organization in North America and serves as the nation’s leading voice for animals. More than two million supporters strong, the ASPCA’s mission is to provide effective means for the prevention of cruelty to animals throughout the United States. As a 501(c)(3) not-for-profit corporation, the ASPCA is a national leader in the areas of anti-cruelty, community outreach and animal health services. For more information, please visit www.ASPCA.org, and be sure to follow the ASPCA on Facebook, Twitter, and Instagram.

Subaru of America, Inc. (SOA) is a wholly owned subsidiary of Subaru Corporation of Japan. Headquartered at a zero-landfill office in Cherry Hill, N.J., the company markets and distributes Subaru vehicles, parts and accessories through a network of more than 620 retailers across the United States. All Subaru products are manufactured in zero-landfill production plants and Subaru of Indiana Automotive, Inc. is the only U.S. automobile production plant to be designated a backyard wildlife habitat by the National Wildlife Federation. SOA is guided by the Subaru Love Promise, which is the company’s vision to show love and respect to everyone, and to support its communities and customers nationwide. Over the past 20 years, SOA has donated more than $120 million to causes the Subaru family cares about, and its employees have logged more than 40,000 volunteer hours. As a company, Subaru believes it is important to do its part in making a positive impact in the world because it is the right thing to do.