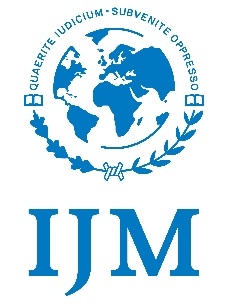 News reports of modern slavery in supply chains in Southeast Asia are making international headlines. While these reports have shown how migrant workers are being forced to work in the Thai seafood industry, there has not yet been a comprehensive study documenting the prevalence of forced labor and exploitation of fishermen on Thai fishing vessels. With funding from the Walmart Foundation, IJM commissioned Issara Institute to conduct groundbreaking research in Thailand documenting the prevalence of forced labor.

The study surveyed migrant fishermen who worked on Thai fishing boats from 2011 – 2016. The findings[1] show that labor trafficking of migrant fishermen has been widespread (37.9% were identified as victims of trafficking), and there are common patterns of abuse in the industry (14.1% were physically abused; 31.5% witnessed a crewmate’s abuse at sea; 76.2% accrued debt prior to even beginning work). A summary of key findings, as well as the full report can be found here.

The Walmart Foundation grant to IJM builds upon funding from the U.S. Department of State’s Office to Monitor and Combat Trafficking in Persons (TIP Office), which helped open the IJM Bangkok office to work alongside the Royal Thai Government as it combats human trafficking in the fishing industry. The funds will also help ensure strong casework development, improved law enforcement efforts against human trafficking, and criminal deterrence to help stem impunity for criminal actors and to ensure stronger victim protection. This coming together of public and private foundation resources to co-support a single initiative is the first-of-its-kind and an innovative approach to ending modern slavery in a region where many seafood global supply chains begin.

“Many of the greatest risks to worker dignity are complex, systemic and industry-wide issues that no single organization can solve. By working with industry stakeholders, nonprofit organizations, governments and others, we are striving to improve transparency, empower workers and create positive change throughout supply chains,” said Kathleen McLaughlin, President of the Walmart Foundation. “We believe IJM’s work will help strengthen the systems in Thailand, and, with the information from the prevalence study, create real and sustainable change for the workers in the seafood supply chain.”

“No person should have to live under the oppression or ownership of another, and, as consumers, we shouldn’t have to wonder if the products we’re purchasing are the result of violent injustice,” said Gary Haugen, CEO of International Justice Mission. “IJM is grateful for the partnership of the Walmart Foundation, as well as the Department of State’s TIP Office, as we support the Thai Government’s efforts to stop the horrific crime of human trafficking in the fishing industry.”

IJM’s experience over the past 20 years has demonstrated the importance of strengthening a criminal justice response so would-be perpetrators are deterred from committing human trafficking crimes. Unless the Thai justice system routinely and effectively holds traffickers accountable, boat captains, brokers, recruiters, local business owners and complicit officials will continue to abuse vulnerable migrant laborers at sea and on shore with impunity.

Progress against human trafficking is being made, but there is still more work to do. Bolstered by this new research and with the public-private investment from the U.S. Department of State’s TIP Office and Walmart Foundation, IJM’s office in Bangkok is positioned to support the Thai Government’s efforts to combat human trafficking in the fishing industry.

About IJM:  International Justice Mission is the world’s largest international anti-slavery organization working in 17 communities across the developing world to combat slavery, trafficking, and other forms of violence against the poor by rescuing and restoring victims, holding perpetrators accountable, and transforming broken public justice systems.