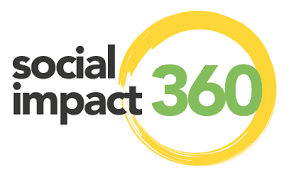 WASHINGTON, Mar. 21 /CSRwire/ - The nation’s largest network of college-aged social entrepreneurs gather for their 7th year in Washington, DC to pitch their ideas and learn from one another. Shift Series is organized by Social Impact 360, previously known as Compass Partners, which was founded in 2009. This year, Social Impact 360 welcomes seasoned social impact creator and new executive director Allison Alt. Alt was previously a member of the start-up team of Year Up in the National Capital Region; Year Up is the nation’s largest youth-serving non-profit in recent history.

Over the past decade, profitable social companies have come out of the gathering of college students, including, Bike, Misfit and Google Glass. Social Impact 360’s alums have already been making their mark in the social impact space with successful social enterprises such as Riide and Encore.

The theme of Shift Series this year is “The Role of Social Impact in Today’s Civic Landscape.” The conference will take place on April 22nd and 23rd in Washington, DC. Young social entrepreneurs will focus on how to develop creative partnerships to create solutions to today’s social issues while also developing diverse and sustainable revenue streams.

Shift Series brings together more than 150 students and alumni from leading universities, social and tech entrepreneurs, thought leaders, and corporate executives for a multi-disciplinary discussion around how we can prepare the next generation of socially conscious leaders. Leading social entrepreneurs and sector leaders will discuss how best to work together to strategize and capitalize on the changing civic landscape in America.

Shift Series has been bringing tomorrow’s social entrepreneurs together with veterans in the field so they can learn from each other and help build more socially conscious businesses.

Alison Alt, the new Executive Director shared her vision for the organization saying, “I am a strong believer in this generation’s ability to change the world. I created my first youth leadership project when I was 16,” said Alt. “In the current political climate, Social Impact 360’s network of young social entrepreneurs are differentiating themselves by creating solutions to the world’s greatest problems.”

After founding the first Big Brothers Big Sisters at the University of Florida, Alt took her law degree and policy knowledge to Generations United in Washington, DC where she advocated for children and older adults with Children’s Defense Fund and AARP on Capitol Hill, at the White House, and the Department of Education. Recruited to Year Up National Capital Region, she helped create the largest youth-serving nonprofit in recent history.

As part of his mission to make business part of the solution to social challenges, Tom Raffa, founder and managing partner of Raffa, leads the Social Impact 360 board. The Raffa company is the lead sponsor for Shift Series.

“The network of entrepreneurs connected via Social Impact 360 is leading the way on changing how business is done,” said Raffa. “Those of us who have been building successful socially conscious businesses for decades are thrilled to support this next generation, and to learn from them as well.”

Shift Series 2017 will feature a special welcome by world-renowned fashion entrepreneur, Kenneth Cole, and panels packed with social impact superstars from: Ad Council, USAID, US Department of Transportation, Share our Strength, One World Youth Project, and DC’s Entrepreneur of the Year.

Shift Series will be Alt’s introduction to the Social Impact 360 community, where she will lead more than 1,000 Social Impact 360 alums and students at 12 chapters operating out of major universities across the nation, including Duke, Emory, Fordham, and Georgetown.


About Raffa
As a B-Corp certified, national Top 100 professional services advisory firm specializing in nonprofits and socially-responsible businesses, Raffa performs high-quality audits and offers a deep bench of expertise across an array of services, including accounting and tax, human resources, technology and consulting to help clients effectively and efficiently manage their back office.   Raffa’s client-centric, customized approach helps each client meet its potential and ensures each client’s success is sustained and maintained. Learn more at www.raffa.com.

Raffa - Marcum’s Nonprofit & Social Sector Group’s strength and competitive edge lies in the fact that we provide expertise and superior service across a variety of essential interrelated financial, technology and consulting competencies. By embracing our client's vision and leveraging all of our...