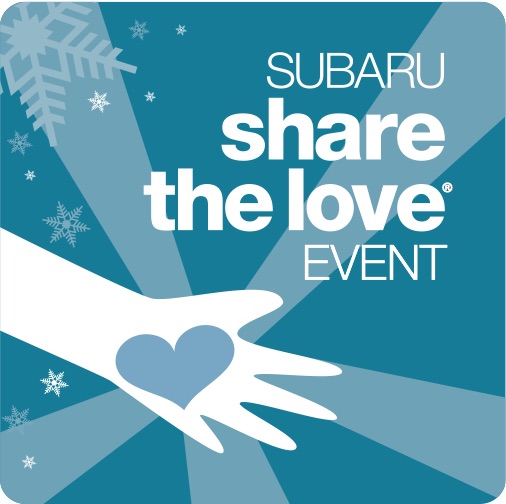 Subaru of America, Inc. donated more than $23.4 million to national and local charities during its annual Share the Love event in 2016, bringing the total donated throughout the life of the program to more than $94 million. - See more at: http://3blmedia.

Subaru of America, Inc. today announced it has donated more than $23.4 million to national and local charities during its annual Share the Love event in 2016, bringing the total donated throughout the life of the program to more than $94 million. Held at the end of each year, Subaru donates $250 for every new Subaru vehicle sold or leased to a host of charitable partners, per the selection of each customer.

This year’s ninth-annual Share the Love event continued its contribution to four national charities, including the ASPCA®, Make-A-Wish®, Meals on Wheels America and National Park Foundation. In addition, each Subaru retailer selected a hometown charity from their local community to support, adding more than 660 local causes to the Share the Love campaign. Select local retailers also participated in the hometown charity donation matching program totaling $1.3 million which, paired with Subaru of America’s existing contribution, culminated in a donation grand total of $24.8 million to national and local charities.

“For the ninth consecutive year, we are proud to honor our continued commitment to supporting the causes our customers care most about through the Subaru Share the Love event,” said Alan Bethke, senior vice president of marketing, Subaru of America, Inc. “Since its inception, Subaru has donated more than $94 million to our national and hometown charity partners through the program and we look forward to witnessing how the latest contribution will positively impact communities all across the country.”

About Subaru of America, Inc.
Subaru of America, Inc. is a wholly owned subsidiary of Fuji Heavy Industries Ltd. of Japan. Headquartered at a zero-landfill office in Cherry Hill, N.J., the company markets and distributes Subaru vehicles, parts, and accessories through a network of more than 620 retailers across the United States. All Subaru products are manufactured in zero-landfill production plants, and Subaru of Indiana Automotive, Inc. is the only U.S. automobile production plant to be designated a backyard wildlife habitat by the National Wildlife Federation. For additional information, visit media.subaru.com.