Submitted by Mitsubishi Corporation Foundation for the Americas 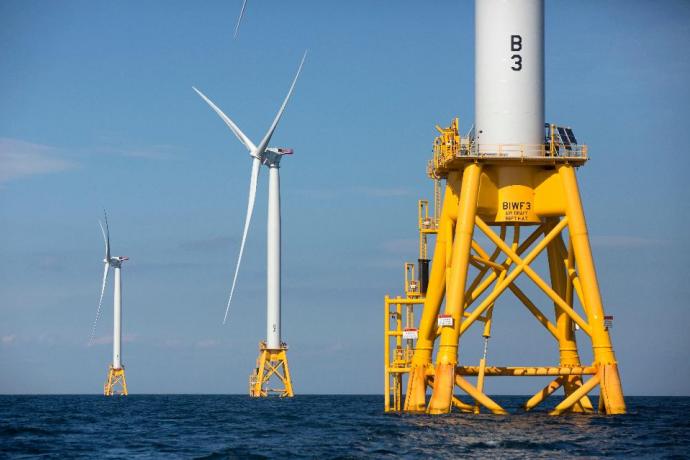 Mitsubishi Corporation Foundation for the Americas co-sponsored a tour of the first offshore wind power project in the U.S., the Block Island Wind Farm.

On November 21, 2016, the Board of Directors of the Mitsubishi Corporation Foundation for the Americas (MCFA) approved new grants that promote social and environmental sustainability through collaboration among NGOs, government agencies, academic institutions, indigenous peoples, communities, and the private sector.

The new grants include donations to: Equitable Origin, to engage academic institutions in Mexico in environmental and social impact assessment processes for energy development projects; Rainforest Alliance, to work with indigenous communities in the Madre de Dios region of the southern Amazon Basin in Peru to strengthen forest-based livelihoods and sustainable forest management; Fair Trade USA, to support improved labor conditions and environmental protections for farmworkers in North America; Mitacs, to engage Canadian First Nations, the private sector, and the University of British Columbia in the development of an online tool to build capacity of First Nations in responding to resource development proposals; Grupo Ecológico Sierra Gorda, in Mexico to train land owners, ranchers and technicians in holistic soil management and production processes; and the Special Initiative on Offshore Wind at the University of Delaware, to promote offshore wind development in the USA through education and outreach to stakeholders.

The MCFA board also ratified a 5-year, $1M continuing grant to the Wildlife Conservation Society in support of the Amazon Waters Initiative, which is improving fisheries management in 2 key watersheds, strengthening the management and monitoring of wildlife and habitat in the Lower Rio Negro, and making contributions to climate change research. MCFA’s support for this project has helped WCS generate a growing consensus among experts and authorities on the importance of an ‘integrated river basin ecosystem management approach,’ as evidenced by a Joint Declaration signed by WCS and diverse stakeholders in Peru in June, 2016.

Mitsubishi Corporation (MC) is a global integrated business enterprise that develops and operates businesses across virtually every industry, including industrial finance, energy, metals, machinery, chemicals, and daily living essentials. MC’s current activities have expanded far beyond its traditional trading operations to include investments and business management in diverse fields including natural resources development, manufacturing of industrial goods, retail, new energy, infrastructure, finance and new technology-related businesses. With over 200 offices and subsidiaries in approximately 90 countries worldwide and a network of over 1,200 group companies, MC employs a multinational workforce of over 68,000 people. MC provides philanthropic contributions through a variety of channels, including donations to the MCFA and its sister charity the Mitsubishi Corporation Fund for Europe and Africa (MCFEA).

More from Mitsubishi Corporation Foundation for the Americas