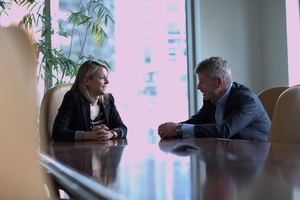 MINNEAPOLIS, Dec. 07 /CSRwire/ - Cargill CEO and Chairman David MacLennan today joined a diverse group of current and former CEOs and business leaders in launching the Paradigm for Parity℠ coalition, an organization committed to achieving gender parity across all levels of corporate leadership by 2030.

“Cargill is proud to be among the first to sign on to the Paradigm for Parity,” said MacLennan. “We believe inclusive teams deliver value, and we are committed to doing the important work to make gender parity a reality. Whether it’s diversifying the board room or providing opportunities for women working on the frontlines of food, agriculture and nutrition, we are taking action to build a company where employees thrive. ”

Recognizing that achieving gender parity in its management ranks will take a continued effort, Cargill has already taken numerous measures to advance its efforts in recruiting, retaining, developing, and promoting women. For example:

In the U.S., effective January 1, 2017, Cargill is launching a new paid family leave (PFL) policy, providing up to two weeks of pay for eligible employees who take a leave from their job to bond with a new child or a family member with a serious health condition.

Cargill already provides substantial paid family leave benefits in many countries, in accordance with local laws and regulations. Although the U.S. does not have similar laws, Cargill has introduced the new policy voluntarily. Very few companies in the U.S. accommodate paid leave for such a broad range of life events.

Paradigm for Parity℠ puts forward a five-point plan that will serve as a catalyst for change and boost progress towards gender parity by 2030. By joining Paradigm for Parity, Cargill signs on to that plan. The five steps are:

Paradigm for Parity℠ co-chair Ellen Kullman called the coalition’s agenda “a new norm in corporate leadership positions,” affording men and women equal power, status and opportunity. “Powerful evidence links gender-balanced leadership with financial and stock market outperformance,” she said. “We are proud to partner with 27 major corporations to take definitive action to create the gender balance that will generate those tangible benefits.”

The companies whose CEOs have committed to achieving gender parity in corporate leadership positions by 2030 and follow the Paradigm for Parity℠ Action Plan include:

The coalition created the Paradigm for Parity℠ 5-Point Action Plan for corporations to accelerate the pace of gender equity in senior executive roles. This unique agenda defines bold and specific actions that, taken together and simultaneously implemented as a package, will catalyze change and enable today’s business executives to secure the best leaders of tomorrow. Visit www.paradigm4parity.com or follow us on Twitter using @p4parity to learn more about this exciting initiative.

About Cargill
Cargill provides food, agriculture, financial and industrial products and services to the world. Together with farmers, customers, governments and communities, we help people thrive by applying our insights and 150 years of experience. We have 150,000 employees in 70 countries who are committed to feeding the world in a responsible way, reducing environmental impact and improving the communities where we live and work. For more information, visit Cargill.com and our News Center.

Cargill provides food, agriculture, financial and industrial products and services to the world. Together with farmers, customers, governments and communities, we help people thrive by applying our insights and 150 years of experience. We have 150,000 e...