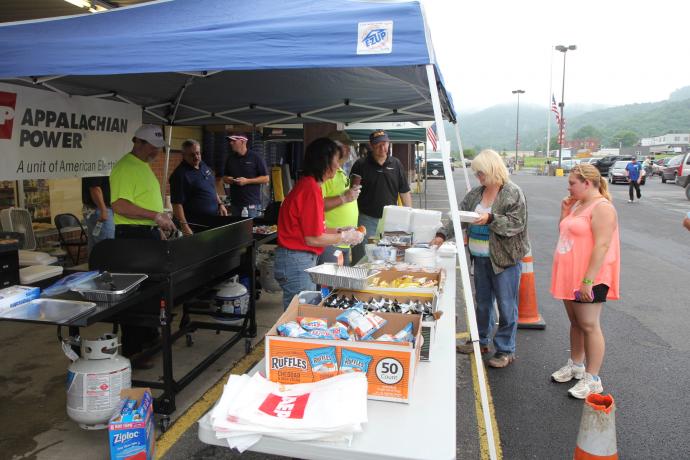 During difficult times like this, AEP recognizes the important role it plays in supporting and reviving local communities. A financial donation is one of a number of ways the company and employees helped the flood-ravaged communities in West Virginia get back on their feet. Others include:

The AEP Emergency Disaster Relief Matching Donation program has been matching employee giving since it began in December 2004 following the Indian Ocean tsunami. The AEP Foundation began matching donations in May 2013 after an intense and destructive tornado hit Moore, OK.  The Fund is currently collecting donations for relief efforts in the flooded areas of Louisiana.

Appalachian Power has 1 million customers in Virginia, West Virginia and Tennessee (as AEP Appalachian Power). It is a unit of American Electric Power, one of the largest electric utilities in the United States, delivering electricity and custom energy solutions to nearly 5.4 million customers in 11 states. AEP owns the nation’s largest electricity transmission system, a more than 40,000-mile network that includes more 765-kilovolt extra-high voltage transmission lines than all other U.S. transmission systems combined. AEP also operates 223,000 miles of distribution lines.  AEP ranks among the nation’s largest generators of electricity, owning approximately 31,000 megawatts of generating capacity in the U.S.