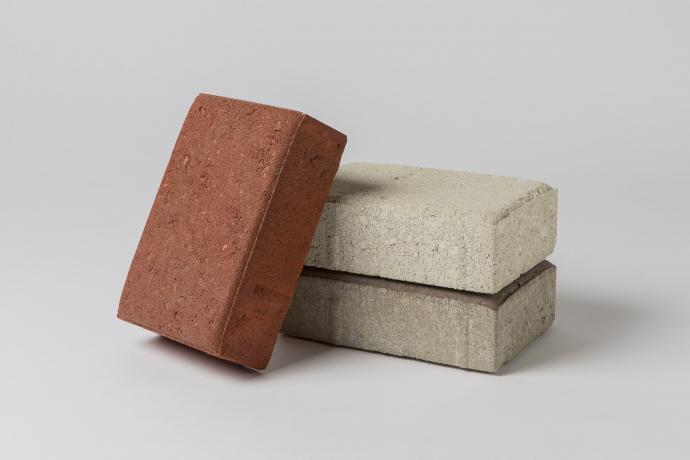 As the global cement industry mobilizes to address the mounting challenge of water scarcity, a new white paper from Solidia Technologies®, a cement and concrete technology startup, details how innovative technology that advances water reduction in production will play an increasingly vital role in reducing the industry’s consumption of and dependence on water.

With the release of “Guidance for Good Practices for Water Accounting” in May, a follow up to its “Protocol for Water Reporting” (2014), the Cement Sustainability Initiative (CSI) of the World Business Council for Sustainable Development (WBCSD) has provided a protocol and good practices guide to standardize the documentation of industry water use. With its processes for producing a sustainable cement and a non-hydraulic, CO2-cured concrete, Solidia Technologies provides a high-tech, high-quality, and easily adoptable solution for water management to the global cement and concrete industries. Combined, the processes also reduce carbon emissions up to 70 percent and the curing time to one day.

"Water scarcity and increasing CO2 emissions are among the most pressing concerns of our time, and we’re seeing the industry recognize innovations that can help mitigate their impact," commented Solidia’s Chief Technology Officer and paper co-author Nicholas DeCristofaro, Ph.D. "With Solidia Cement™ and Solidia Concrete™, we can address these environmental challenges with pioneering solutions that offer solid value to manufacturers and immeasurable value to the planet."

Abstract
Water scarcity can lead to practical and business risks for a wide range of companies and sectors, including the cement industry, as noted by the Cement Sustainability Initiative (CSI) of the World Business Council for Sustainable Development (WBCSD) in Protocol for Water Reporting. Calling on cement and concrete producers to track how water is used, recycled or discarded, and to disclose where and how the water is drawn, the 2014 guide was a first step towards addressing water scarcity as a dire threat facing the industry. Building on the call for industry-wide water use reporting, CSI went one step further, releasing Guidance for Good Practices for Water Accounting in May 2016. Beyond monitoring and using best practices for reporting water use, it is critical that industry have access to modern technologies that can lower the usage, and thus the need, for water, with direct implications for global business continuation.

Concrete is the second most consumed substance in the world, after water. Portland cement-based concrete is made by mixing aggregates (both coarse and fine), ordinary Portland cement (OPC), admixtures (mineral or chemical) and water. Over 30 billion tons of concrete were produced in 2011, consuming over three billion tons of OPC. The water-to-cement ratio for a typical concrete formulation varies from 0.35 to 0.4 (0.35 ton of water per ton of cement). Based on these numbers, it is estimated that 1.3 to 1.5 billion tons of water (3 x 109 tons of cement x 0.35 ton of water per ton of cement = 1.3 billion tons of water) is chemically consumed annually during concrete production. Because concrete may take up to 28 days to fully cure, additional water is often added to the concrete to compensate for evaporation. When this added water is considered, the overall water consumed annually during OPC-based concrete production is estimated to be between 2.15 to 2.6 billion tons, or 2.15 to 2.6 trillion liters.

Solidia Technologies® has developed a new class of sustainable cement, hereafter referred to as Solidia Cement™ that reacts with gaseous CO2 rather than with water to form Solidia Concrete™.  Like their OPC-based concrete counterparts, concrete objects made with this sustainable cement require the incorporation of water for shaping and forming only. However, the water used in concrete formulations based on Solidia Cement is not consumed chemically and can be recovered during the CO2 -curing process.

If Solidia Cement were used instead of OPC, the amount of water consumed during the production of concrete could be reduced by0.26 to 0.45 billion tons. This corresponds to an annual global water savings approaching two billion tons, or two trillion liters. Advancing new technologies and practices such as these are paramount for the industry’s future success.

About Solidia Technologies®
Based in Piscataway, N.J., Solidia Technologies® is a cement and concrete technology company that makes it easy and profitable to use CO2 to create superior and sustainable building and construction materials. Solidia’s patented processes start with a sustainable cement, cure concrete with CO2 instead of water, reduce carbon emissions of cement and concrete up to 70%, and recycle 60 to 80% of the water used in production. Using the same raw materials and existing equipment as traditional concretes, the resulting CO2-cured concrete products are higher performing, cost less to produce, and cure in less than 24 hours.