In its third year, the program will award $100,000 in grants to non-profits around the world to help build stronger communities and a healthier planet by preserving the natural environment where we work and play.

In its third year, the program will award $100,000 in grants to non-profits around the world to help build stronger communities and a healthier planet by preserving the natural environment where we work and play. 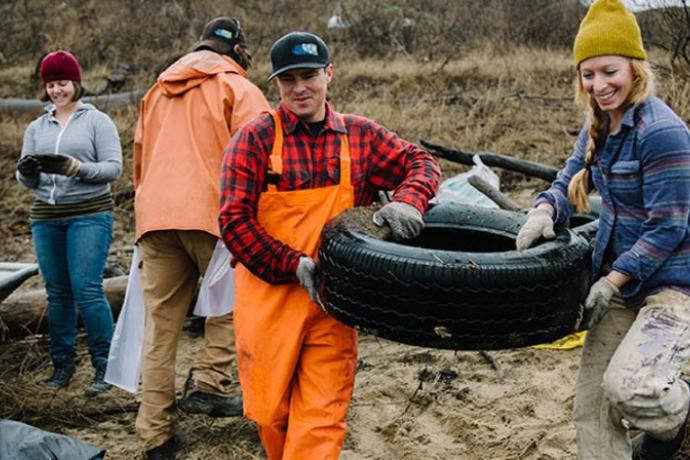 KEEN, manufacturer of original hybrid footwear, unveils its third year of the KEEN Effect grant program to support non-profits globally. This year’s grant-making program will award at least 10 grants totaling $100,000 to non-profits around the world who preserve the natural environment where we work and play, as a way towards building stronger communities and a healthier planet. The application window is currently open and runs through June 10, with grantees announced on July 29.

“KEEN is a brand born of the outdoors, and we feel a responsibility to preserve and protect the places we play,” said Kirsten Blackburn, KEEN Effect Communications and Advocacy Manager. “Through the KEEN Effect grant program, we’re introduced to and inspired by groups working in local communities around the globe dedicated to just that.  We look forward to supporting a new group of dedicated, grassroots partners through this year’s grant-making cycle.”

In 2015, the KEEN Effect team – a group focused on supply chain sustainability, philanthropy, advocacy, and activism – created a goal to raise awareness for protecting public land across the country. Last July, the brand launched the Live Monumental campaign to advocate for the permanent protection of five incredible U.S. landscapes. With the campaign serving as an extension of what the KEEN Effect represents, the team drove a 1976 yellow RV 7,500 miles across the country, collecting more than 40,000 petition signatures and engaging with the public, local organizations, and local and national elected officials. Since the campaign launched, two of the five target areas have been protected: Boulder White-Clouds, ID. (Wilderness), and Mojave Trails, CA. (National Monument).

The Live Monumental campaign is still in full force and through its 10-stop national film tour KEEN hopes the Obama Administration will help protect these three remaining areas: Owyhee Canyonlands, OR, Birthplace of Rivers, WV, and Gold Butte, NV.

“At The Mountaineers, we get people outdoors safely and responsibly. Thanks to a KEEN Effect grant we received last year, we were able to share our Backcountry Impact Series program – our take on Leave No Trace Ethics - with more outdoor enthusiasts, ensuring the preservation of the places we all love to recreate,” said Katherine Hollis, Conservation and Recreation Manager.

To learn more about the KEEN Effect, please visit: keeneffect.com

About KEEN
Inspired by a love of the outdoors, KEEN Inc., manufacturer of hybrid outdoor and casual products, including footwear, clothing, and accessories, is dedicated to creating quality products that support the lifestyles and outdoor adventures of active people around the world. KEEN products can be found online and through more than 5,000 retail locations in more than 60 countries, as well as in KEEN Garage retail stores in the U.S., Europe, and Asia. The company operations and culture reflect a stand-out commitment to building a strong community and a healthier planet so that all can create, play, and care. Learn more at www.keenfootwear.com.

Driven by a passion to make the outside and trades accessible for all, KEEN is a values-led, family-owned footwear brand from Portland, Oregon committed to creating original and versatile products, enhancing lives, and inspiring adventures outside. Founded in 2003, it launched a revolution in the industry with the debut of the Newport adventure sandal. It continues to launch game-changing products and establish new standards for performance, comfort, and design while actively working to Detox the Planet. The brand formalized its values commitment under the banner of The KEEN Effect.  Learn more at www.keenfootwear.com