Submitted by Grounds for Health 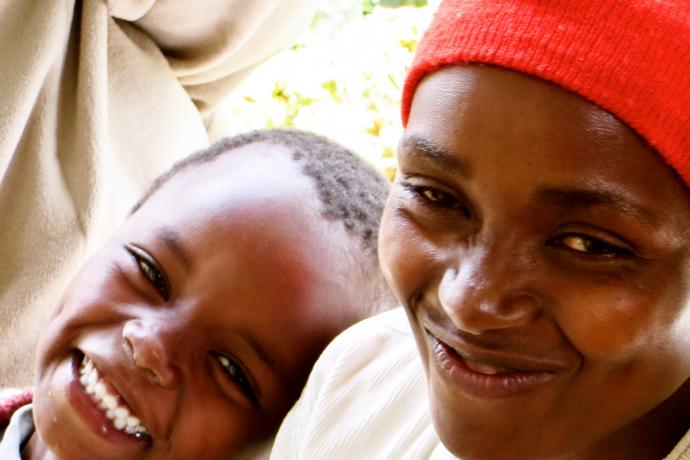 Grounds for Health, an international non-governmental organization dedicated to the prevention of cervical cancer in developing countries, today announced the expansion of its East Africa program to Kenya.  The move into Kenya reflects the organization’s continued commitment to reach women living in high-risk regions and working in agricultural supply chains.  Coffee industry partners providing start-up funds for Kenya include Atlas Coffee, Bennett’s Coffee, Coda Coffee, Peet’s Coffee and Tony’s Coffee. Additionally, this year the organization is celebrating its 20th year working in coffee-growing communities.  The organization made the announcement on the eve of this year’s Specialty Coffee Association of America’s annual conference taking place in Atlanta, Georgia.

“Kenya presents a tremendous opportunity to scale our impact by reaching more women working in the coffeelands and in other industries such as tea and cut-flowers,” notes Guy Stallworthy, CEO at Grounds for Health.  “We are thankful to our seed funders who are making our expansion possible.”

East Africa has the highest incidence of cervical cancer in the world and it’s the number one form of cancer among women living in Kenya.  Currently there are 3.1 million women in the country who are at risk for the disease.   Initially, the Grounds for Health program will focus on Nyeri County, where approximately 53% of the labor force works on coffee farms and tea plantations or in other agricultural industries.  The region produces the largest volume of high quality Kenyan coffee.

Grounds for Health will work closely with the local Ministry of Health to train medical professionals and community health promoters in an effort to improve the quality of current cervical cancer prevention efforts.

“Grounds for Health’s work has a foundational influence on the future of coffee growing communities,” says Craig Holt, Founder of Atlas Coffee, who spearheaded a fundraising effort for the new Kenya program. “Kenya is a vital origin for Atlas, and we appreciate the opportunity to do more to support the farmers and their families, and recruit others to do the same.”

Cervical Cancer – A Growing Reproductive Health Issue
Nearly 100% preventable, cervical cancer is currently one of the biggest disparities in women’s global health. Although deaths from cervical cancer have significantly decreased in the developed world during the past 30 years, rates in most developing countries are rising due to limited access to basic health services, lack of awareness and absence of screening and treatment programs.   The World Health Organization (WHO) estimates that by 2030 the number of annual cervical cancer deaths will increase by more than 67%, greatly exceeding the expected 200,000 deaths from pregnancy-related complications.  As a result, a report published by the United Nations Population Fund (UNFPA) recommends cervical cancer prevention and control programs be included in all national reproductive health programs.

Originally a volunteer -based endeavor focused on treating women in Oaxaca, Mexico, Grounds for Health has become an internationally recognized non-profit organization with programs in Latin America and Africa.  To-date Grounds for Health programs have resulted in more than 60,000 women screened, more than 4,000 women treated and clinical training for more than 400 healthcare providers.

The organization works in partnership with local health authorities and others in developing countries to train local medical staff and community health promoters, and to coordinate screening and same-day treatment services.

Since its founding, Grounds for Health has received significant support from the coffee industry with more than 250 donors from across the supply chain.  Major contributors past and present include Caribou Coffee, Coffee Enterprises, Dean’s Beans Organic Coffee, Keurig Green Mountain, Peet’s Coffee, Royal Coffee Inc. and Swiss Water Decaffeinated Coffee, among many others.   Additionally, the organization has established partnerships with leading global health organizations such as PEPFAR, Pink Ribbon Red Ribbon and Marie Stopes International. Grounds for Health is a founding member of Cervical Cancer Action, a global coalition comprised of organizations such as the American Cancer Society and PATH.

About Grounds for Health
Founded in 1996, Grounds for Health is a 501(c)(3) organization headquartered in Williston, Vermont with a mission to reduce cervical cancer among women in developing countries.  With active programs in Ethiopia, Kenya, Nicaragua and Peru, programs to-date have resulted in more than 60,000 women screened, more than 4,000 women treated and 400+ community healthcare providers trained.   Grounds for Health aspires to be on the cutting edge of innovations that will transform cervical cancer prevention at scale.  More information can be found at www.groundsforhealth.org.

Grounds for Health is a woman’s health NGO that delivers much-needed services to women in developing countries. We specialize in reaching women working at the base of global value chains such as coffee, cocoa, tea, cut flowers and others. Our mission is to reduce cervical cancer among women in developing countries. We are a focused, international organization with a small head office in Vermont and operational field staff in Nicaragua, Peru and Ethiopia. To-date our programs have resulted in more than 53,000 women screened; more than 3,200 women treated; and training for more than 400 community health workers. Why cervical cancer? Most health conditions in the developing world have been improving: since 1990, child and maternal mortality rates have fallen by almost half. But cervical cancer is one of the exceptions. In the next 15 years, six million women will die from cervical cancer, despite the fact that it can be easily prevented. Nearly 90% of these deaths will occur in low- and middle-income countries, where few of the more than one billion women aged 35-49 benefit from the screening and preventive therapy services that have minimized risks in the United States and Europe. How we work Grounds for Health works in partnership with health authorities and agriculture cooperatives in developing countries to train local doctors, nurses and community health promoters, and to coordinate screening and treatment services in communities most affected by cervical cancer. Our programs currently provide cervical cancer prevention services to women living in coffee-growing communities in Ethiopia, Nicaragua, and Peru. We are actively exploring opportunities to expand our impact to other developing countries. Grounds for Health is registered in the United States as a tax-exempt 501(c)(3) organization.

More from Grounds for Health