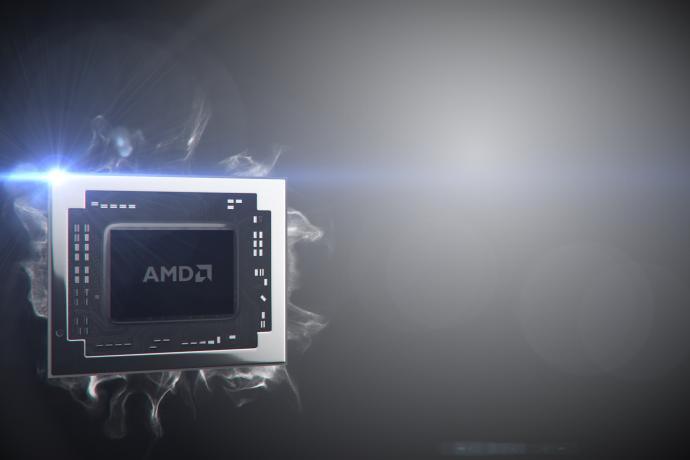 Results of an AMD (NASDAQ:AMD)  carbon footprint analysis of its 6th Generation A-Series Accelerated Processing Unit (APU), codenamed “Carrizo”, show that using the new processor can result in a 50 percent reduction in greenhouse gas emissions compared to the previous generation APU. The study results are based on the widely accepted Greenhouse Gas Protocol (GHGP) established by the World Resources Institute (WRI) and World Business Council for Sustainable Development (WBCSD), and were announced today during an AMD sponsored media panel on energy efficient information technology. Research shows that 60 percent of Fortune 100 companies have established public targets for reducing their greenhouse gas emissions1.

“Creating low-power, energy efficient products is a key element of our business strategy, and in turn, we are working alongside our customers to reduce the environmental footprint of technology while relentlessly improving performance,” said Mark Papermaster, senior vice president and chief technology officer, AMD. “The results from the carbon footprint study for the latest AMD APU demonstrate our commitment to continued energy efficiency gains, sustainability, and lower operating costs for consumers and enterprises.”

An enterprise customer upgrading from 100,000 PCs using the previous generation AMD processor to the 6th Generation AMD A-Series APU could save an estimated 4.9 million kilowatt hours of electricity – or roughly $495,000  –  and 3,350 metric tons of CO2 (equal to powering 461 homes) over a 3-year product service life2.

In 2014, AMD announced an ambitious goal of improving the typical use energy efficiency of its mobile APUs by 25 times by 2020, from a 2014 baseline3. Meeting the 25x20 target requires increasing the pace of efficiency gains by using new power management features and innovative designs. The energy efficiency improvements needed to achieve this goal outpace the historical efficiency trend predicted by Moore’s Law by at least 70 percent4. That means that in 2020 a computer could accomplish a task in one fifth the time of a personal computer in 2014 while consuming on average less than one fifth the power. Using a car analogy, this rate of improvement would be like turning a 100-horsepower car that gets 30 miles per gallon into a 500-horsepower car that gets 150 miles per gallon in only six years.

“Reducing carbon emissions is the right thing to do for the environment, and it brings the additional benefit of reducing how much individuals and businesses spend on electricity as well,” said Kevin Krewell, principal analyst, Tirias Research. “AMD made an audacious promise fifteen months ago to improve the energy efficiency of their processors by 25 times by 2020. A projected 50 percent reduction in usage-phase greenhouse gas emissions by the 6th Generation AMD A-Series APU is further proof the company is making serious progress in its commitment to a cleaner planet and lower energy bills.”

The 6th Generation AMD A-Series APU is the first product introduced under the 25x20 initiative and represents a huge leap in energy efficiency for AMD mobile APUs.

AMD was recently recognized on the Dow Jones Sustainability Indices for the fourteenth year in a row. In May, AMD was named to Corporate Responsibility (CR) Magazine’s list of the 100 Best Corporate Citizens for the third consecutive year.

About AMD
For more than 45 years AMD has driven innovation in high-performance computing, graphics, and visualization technologies "• the building blocks for gaming, immersive platforms, and the datacenter. Hundreds of millions of consumers, leading Fortune 500 businesses, and cutting-edge scientific research facilities around the world rely on AMD technology daily to improve how they live, work, and play. AMD employees around the world are focused on building great products that push the boundaries of what is possible. For more information about how AMD is enabling today and inspiring tomorrow, visit the AMD (NASDAQ: AMD) website, blog, Facebook and Twitter pages.

3Typical-use Energy Efficiency as defined by taking the ratio of compute capability as measured by common performance measures such as SpecIntRate, PassMark and PCMark, divided by typical energy use as defined by ETEC (Typical Energy Consumption for notebook computers) as specified in Energy Star Program Requirements Rev 6.0 10/2013