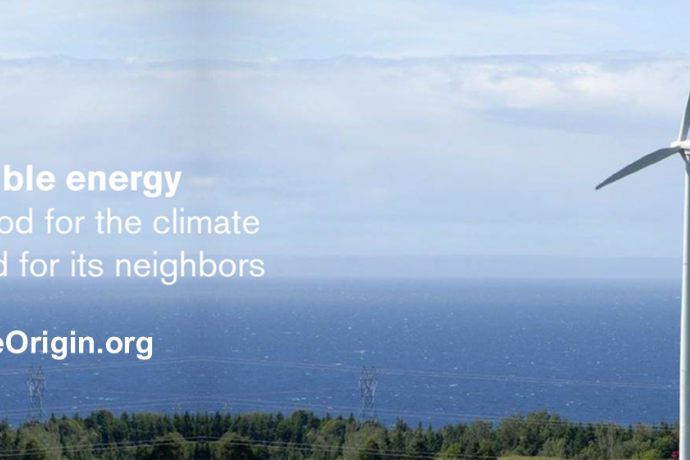 Since its founding in 2009, Equitable Origin has undertaken stakeholder engagement, standards development, and certification of responsible operations in the oil and gas industry. The organization’s expansion to renewable energy sites such as wind farms and solar installations comes in response to demand from stakeholders affected by renewable development projects, according to EO President and Co-Founder David Poritz: “In the course of our work, communities and NGOs often approach us with concerns about renewable energy projects and how they will change the local landscape and residents’ lives. Their concerns underscore an important, yet often-overlooked reality: the expansion of renewable energy sources is essential to tackling the global climate change crisis, but renewable projects have some of the same local impacts on people and the environment as non-renewable projects. These impacts must be accounted for and mitigated. Reducing impacts will help remove potential barriers to renewable energy development at the local level.”

According to Equitable Origin’s Chief Executive Officer Soledad Mills, the expansion is an appropriate next step for the organization, whose mission is to ensure energy development meets the highest social and environmental standards. “The EO100™ Standard, though originally designed for oil and gas production, is comprehensive enough to apply to all forms of energy development,” Mills explained, referring to EO’s groundbreaking voluntary standard for responsible practices. “We are currently developing sector-specific supplements to the EO100™ Standard, as we did for shale development and fracking earlier this year. We are already in discussions with a number of forward-thinking renewable energy companies to help us develop the standards, and will be actively seeking input from additional companies, as well as community organizations and nonprofit groups, as we continue the standards development process for renewables.”

Equitable Origin Board Chair Dr. Michael E. Conroy placed the move in the context of the growing importance of standards and certification systems: “EO’s expansion into renewable energy development is a logical extension of the extraordinary work on the EO100™ Standard our team has done over the last five years. It is a coherent response to concerns about fossil fuels and climate change that places EO alongside the most effective global voluntary certification systems such as the Forest Stewardship Council, certified organic, and Fair Trade Certified.”

Equitable Origin’s expansion comes on the heels of President Obama’s announcement of the Clean Power Plan to reduce carbon emissions from the U.S. electrical generation sector. The Plan is set to spur an upswing in renewable energy development in the U.S. and lend momentum to international climate negotiations at the December COP-21 summit in Paris.

“The Clean Power Plan is an historic milestone for U.S. action to mitigate climate change.”  Mills stated. “We are determined to contribute to that effort by defining and certifying best social and environmental practices for renewable energy development that will help streamline projects in the U.S. and around the world.”