Submitted by: Rebuilding Together, Inc. 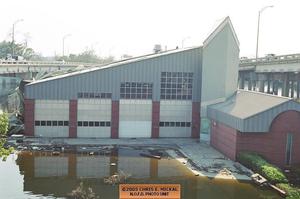 WASHINGTON, Aug. 06 /CSRwire/ - As the nation remembers the 10th anniversary of Hurricane Katrina, Lowe’s awarded Rebuilding Together a $150,000 grant and will partner with them on a two-day community revitalization effort August 10-11, 2015 in the Gentilly neighborhood of New Orleans. This effort will celebrate perseverance and continue the recovery of this diverse community that suffered some of the worst flooding during the storm.

In the immediate aftermath of Hurricane Katrina, Lowe’s contributed $650,000 and support from Lowe’s Heroes employee volunteers to help restore 10 of the 20 fire houses within the New Orleans Fire Department.

Over the past ten years, Lowe’s and Rebuilding Together – a leading national nonprofit in safe and healthy housing that provides low-income homeowners with critical home repairs and revitalizes the communities in which they live – have completed several critical home repair projects together to assist those displaced and impacted by the storm. “When disasters like Hurricane Katrina strike, the effect can be felt for years,” said Joan Higginbotham, Lowe’s director of community relations. “So many of our own Lowe’s employees and stores were personally impacted by the storm and know firsthand how important relief support is to bringing a neighborhood back to life. We are proud to work alongside Rebuilding Together once again to make a difference in the Gentilly community.”

More than 170 Lowe’s Heroes employee volunteers will roll up their sleeves and perform critical home repairs for three longtime Gentilly homeowners impacted by the storm along with upgrades and improvements to Gentilly’s Fire Station 27, one of the first four stations to reopen and provide recovery efforts despite their own flood damage. Volunteers will also assemble and distribute hurricane preparedness kits for local low-income homeowners.

“Ten years after the devastating effects of Hurricane Katrina, there is still work to be done. Together, with the support of Lowe’s and the Lowe’s Heroes, we are transforming communities in New Orleans and moving closer to our vision of a safe and healthy home for every person,” said Sandra Henriquez, interim president and CEO of Rebuilding Together.

About Rebuilding Together
Rebuilding Together strengthens the lives of people in our most vulnerable communities by providing low-income homeowners with critical home repairs, accessibility modifications and energy-efficient upgrades. Rebuilding Together’s local affiliates and nearly 100,000 volunteers complete about 10,000 rebuild projects each year. As we rebuild homes, community spaces and nonprofit facilities, our lasting impact helps to stabilize and revitalize neighborhoods across the country. We believe that everyone deserves to live in a safe and healthy home. Learn more and get involved at RebuildingTogether.org.

About Lowe’s
Lowe’s, a FORTUNE® 50 home improvement company, has a 50-year legacy of supporting the communities it serves through programs that focus on K-12 public education and community improvement projects. Since 2007, Lowe’s and the Lowe’s Charitable and Educational Foundation together have contributed nearly $200 million to these efforts, and for more than two decades Lowe’s Heroes employee volunteers have donated their time to make our communities better places to live. To learn more, visit Lowes.com/SocialResponsibility and LowesInTheCommunity.tumblr.com.