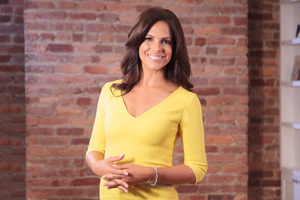 The MGM Resorts Foundation is proud to announce Soledad O’Brien as a keynote speaker at the 2014 Women’s Leadership Conference. The non-profit event will be held at MGM Grand Hotel & Casino in Las Vegas, NV Aug. 6 and 7.

The theme of the 2014 conference is “Women Inspiring Women.”

“Soledad is not only an award-winning journalist; she’s also well-known for her philanthropic endeavors. She brings with her a rich and varied background that will inspire conference attendees,” said Phyllis James, Chief Diversity Officer for MGM Resorts International.

The two-day conference will offer a wide range of learning opportunities, career guidance and personal growth tools, including:

A winner of multiple Emmy and Peabody awards, Ms. O’Brien is well-known for several critically acclaimed and successful documentary series on CNN, including “Black in America” and its follow-up, “Latino in America.” She will continue to produce those documentaries and other content through Starfish Media Group, a multi-platform media production and distribution company she launched in June 2013.

Starfish Media is dedicated to presenting empowering personal stories that explore the often divisive issues of race, class, wealth, poverty and opportunity. Ms. O’Brien has also won numerous journalism awards for her documentaries "Latino in America 2," the story of a Latina boxer who dreams of Olympic glory; "Gay in America: Gary and Tony have a baby," and "Unwelcome, the Muslims Next Door."

Earlier in her career, Ms. O’Brien co-anchored for Weekend Today and contributed to segments on The Today Show and Nightly News before joining CNN in 2003.

Named journalist of the year by the National Association of Black Journalists and one of Newsweek Magazine’s "10 People who Make America Great," Ms. O’Brien recently entered into a multifaceted partnership with HBO. As part of the Real Sports with Bryant Gumbel team, she will have the opportunity to bring her distinctive style of storytelling to the world of sports. In addition to appearing on the award-winning program, the deal with HBO encompasses a first-look opportunity for scripted projects and long-form programming concepts with Ms. O’Brien’s Starfish Media Group.

In 2013, Ms. O'Brien joined Harvard University as a Distinguished Fellow and was appointed to the Board of Directors of the foundation for The National Archives.

In the wake of Hurricane Katrina, Ms. O'Brien and her husband, Brad, created The Starfish Foundation to help disadvantaged young women get to and through college. This year they will provide funding and support to 25 deserving young women.

The Women’s Leadership Conference is open to women of all ethnicities, professions and social backgrounds, locally and nationally, and the men who support them. The MGM Resorts Foundation is the conference’s presenting sponsor. Proceeds of the conference after costs will be donated to one or more local nonprofit agencies devoted to the welfare and development of women and girls.

Registration is $350, which includes the full conference and all workshops and lectures; a networking reception, and continental breakfasts and lunches catered by MGM Grand.  Time is also allotted for attendees to build key professional relationships with other conference participants while enjoying the hospitality and entertainment of MGM Grand and other resorts of MGM Resorts International.

Participating sponsorships are available to organizations or companies who share the vision and goals of this conference. Current sponsors include CBS – Radio; The Coca-Cola Company; Ernst & Young; Nevada Public Radio, and Cox Communications. For more information about the Women’s Leadership Conference, please visit:

About The MGM Resorts Foundation