Coca-Cola Replenishes 108.5 Billion Liters of Water Back to Communities

Company and Its Bottling Partners Replenish 68% of Their 2013 Sales Volume Through 509 Projects in More Than 100 Countries; on Track to Meet 2020 Goal.

Coca-Cola Replenishes 108.5 Billion Liters of Water Back to Communities

Company and Its Bottling Partners Replenish 68% of Their 2013 Sales Volume Through 509 Projects in More Than 100 Countries; on Track to Meet 2020 Goal. 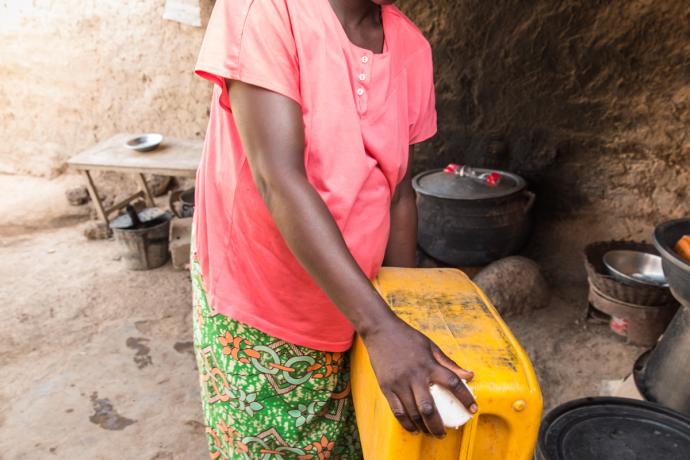 A woman in Ouagadougou, Burkina Faso,
fills up a water storage container with safe water
for her home provided through a partnership
with The Coca-Cola Africa Foundation, WaterAid,
the local water utility and the local community.

The Coca-Cola Company and its bottling partners announced today they are on track to meet their 2020 water replenishment goal by balancing an estimated 68 percent of the water used in their finished beverages based on 2013 sales volume. To date, Coca-Cola has replenished an estimated 108.5 billion liters of water back to communities and nature through 509 community water projects in more than 100 countries.

"At Coca"‘Cola, water stewardship is a primary focus of our sustainability efforts across our global system. By setting and working to meet our ambitious goals, we are effectively and responsibly managing the valuable resource on which our business relies," said Beatriz Perez, Chief Sustainability Officer, The Coca-Cola Company. "In addition to the announcement of today’s milestone, we have seen a pervasive uptake across the entire Coca-Cola system with 80 percent of our business units on track or ahead of pace to meet their 2020 water replenishment goals. We are proud to report that all are making progress in replenishing this important resource we share with communities and nature.”

Coca-Cola has been able to achieve this success by engaging in 509 diverse, locally-focused community water projects in more than 100 countries. Each project works toward set objectives such as providing or improving access to safe water and sanitation, protecting watersheds, supporting water conservation and raising awareness on critical local water issues.

In addition to replenishing water back to communities to balance the Coca-Cola system’s global sales volume, Coca-Cola returns the water it uses in producing its beverages back to communities and the environment through high-quality treated wastewater that supports aquatic life and meets or exceeds local regulation. The Coca-Cola system also is working to upgrade its facilities to improve water use efficiency – improved 21.4 percent from 2004 to 2012 – and implementing source water protection plans and vulnerability assessments in all facilities globally.

Coca-Cola introduced a state-of-the-art bottling plant in Trujillo, Peru, that has qualified for LEED-certification. The facility is one of the most modern in all of South America advancing production efficiency and more efficient water and energy use. The investment in this bottling plant is part of the Company’s commitment in Peru to be water neutral (100 percent balanced) by 2015.

In 2007, The Coca-Cola Company and its bottling partners set an aspirational goal to safely return to communities and nature an amount of water equivalent to what they use in their beverages and production by 2020. The Coca-Cola system reaffirmed this goal in 2013 when they renewed their partnership with World Wildlife Fund.

About The Coca-Cola Company
The Coca-Cola Company (NYSE: KO) is the world's largest beverage company, refreshing consumers with more than 500 sparkling and still brands. Led by Coca-Cola, one of the world's most valuable and recognizable brands, our Company's portfolio features 17 billion-dollar brands including Diet Coke, Fanta, Sprite, Coca-Cola Zero, vitaminwater, Powerade, Minute Maid, Simply, Georgia and Del Valle. Globally, we are the No. 1 provider of sparkling beverages, ready-to-drink coffees, and juices and juice drinks. Through the world's largest beverage distribution system, consumers in more than 200 countries enjoy our beverages at a rate of 1.9 billion servings a day. With an enduring commitment to building sustainable communities, our Company is focused on initiatives that reduce our environmental footprint, support active, healthy living, create a safe, inclusive work environment for our associates and enhance the economic development of the communities where we operate. Together with our bottling partners, we rank among the world's top 10 private employers with more than 700,000 system associates. For more information, visit Coca-Cola Journey at www.coca-colacompany.com, follow us on Twitter at twitter.com/CocaColaCo, visit our blog, Coca-Cola Unbottled, at www.coca-colablog.com or find us on LinkedIn at www.linkedin.com/company/the-coca-cola-company.