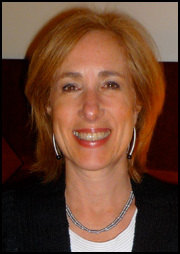 NEW YORK, May 19 /CSRwire/ - The Board of Directors of GBCHealth announced today that Executive Director Michael Schreiber has decided to depart for a new position as President & Chief Operating Officer, Concern Worldwide U.S., and Nancy Wildfeir-Field is joining GBCHealth as its new President, effective May 28th, 2014.

Nancy brings to GBCHealth extensive international experience in both global health and the private sector, having most recently served as Director, Global Partnerships for BSR (Business for Social Responsibility) where she oversaw the highly regarded HERproject. Previously, she managed health-related partnerships for USAID in the Caribbean and Eastern Europe, served as managing director for The Prince of Wales International Business Leaders Forum (IBLF), held joint management responsibility for the health issues group at Burson-Marsteller, managed project implementation strategy for the UK Ministry of Health and served as communications director for one of the UK’s largest medical associations.

“Nancy’s rich and diverse experience will allow her to drive GBCHealth forward as the world’s foremost expert on business engagement in global health,’ said Ray Chambers, Co-Chair of the GBCHealth Board. “With fewer than 600 days remaining to achieve the MDGs and a need to protect hard-won health progress beyond 2015, Nancy’s leadership in harnessing business resources for global health goals will be vitally important. The Board is excited to have her on the team.”

Added Aigboje Aig-Imoukhuede, Co-Chair of the GBCHealth Board, “Nancy’s appointment comes with the Board’s full support and endorsement. We know Nancy will work effectively with GBCHealth’s network of partners to deepen and accelerate the private sector’s impact on the most pressing health issues of our time.”

The appointment of Nancy follows Michael Schreiber's decision to depart GBCHealth to join Concern Worldwide, an international non-governmental humanitarian organization that works around the globe to eliminate extreme poverty in the world’s poorest countries.

Michael first joined GBCHealth in 2009 and has served as Executive Director since 2012. Michael led GBCHealth’s recent restructuring and strategic shift to more closely align its work with the achievement of the Millennium Development Goals (MDGs). He was also instrumental in forging many of the organization’s most important partnerships, including its deep collaboration with the MDG Health Alliance and the Office of the UN Secretary-General’s Special Envoy for Financing of the MDGs and for Malaria. Under his leadership, GBCHealth has become recognized as the worldwide hub for business action on health, securing roles as focal point for private sector engagement with pivotal international organizations such as the Global Fund to Fight AIDS, TB and Malaria, Roll Back Malaria Partnership and the Corporate Alliance on Malaria in Africa.

“Michael’s leadership has been an inspiration not just to his team but to the Board as well,” said Gary Cohen, acting CEO of GBCHealth. “The Board is immensely grateful for his service and we wish him all the best in his new leadership role. “

GBCHealth promotes private sector participation in achieving the highest-priority global health goals. Drawing on its active network of companies and public sector partners, GBCHealth drives progress in the areas of greatest need and where the assets of the business community can have maximum impact. GBCHealth’s central focus is the final push to achieve the health-related Millennium Development Goals (MDGs) by their December 31, 2015 deadline. GBCHealth also helps coordinate private sector input to shape the transition from the MDGs to the post-2015 Sustainable Development Goals. www.gbchealth.org

GBCHealth is a network of more than 300 companies and development organizations leading business action for improved global health. Sine 2001, GBCHealth has worked with hundreds of companies—individually and in partnership—to tackle the challenges of HIV/AIDS, tuberculosis and...