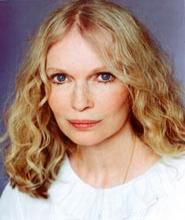 The acclaimed actress and prominent humanitarian Mia Farrow will visit the Ecuadorian Amazon rainforest to witness first hand the massive environmental damage caused by Texaco, now Chevron, during decades of operation in the northeastern region of Ecuador.

The actress is visiting the South American nation in response to an invitation by the National Secretariat of Communications of Ecuador. Farrow will join the international campaign “The Dirty Hand of Chevron”, which president Rafael Correa launched last September. This campaign is intended to raise international awareness about the environmental disaster caused by the multinational oil giant. Between 1964 and 1990, Texaco, which merged with Chevron in 2001, used illegal disposal methods to systematically dump roughly 18 billion gallons of toxic waste into unlined pits and local waterways, contaminating soil and water sources for local communities and leaving lasting environmental damage and a public health crisis.

Mia Farrow is a prominent actress who has devoted her life to humanitarian efforts, primarily as an advocate for children’s rights in conflict affected regions.  She is a UNICEF Goodwill Ambassador and has worked extensively to draw attention to the fight to eradicate polio. In recent years, she has visited Darfur, Chad and the Central African Republic to raise awareness of the genocide occurring in this African region. Throughout her long and successful artistic career, Farrow has starred in over forty films, including classics such as Rosemary’s Baby, The Great Gatsby, Hanna and her Sisters, and the 1960’s TV series Peyton Place.

During her visit, Farrow will be able to confirm first-hand the environmental consequences of Texaco’s decades of substandard operations in Ecuador.  Other personalities that have visited the sites in the past few months, include actor Danny Glover, Mayor Gayle McLaughlin of Richmond, California, where a local Chevron refinery caused a massive fire, filmmaker and environmental advocate Alexandra Cousteau, among others.

In February of 2011, Chevron was sentenced by the Superior Court of Nueva Loja (Aguinda v. Chevron No. 2003-0002), ordering Chevron to pay $18.3 billion for damages to the environment and the health of the local communities. In November of 2013, Ecuador’s Supreme Court affirmed the judgment but reduced the damages amount to $9.5 billion. Chevron refuses to pay the award claiming that the ruling is illegitimate, and instead has filed a lawsuit in a federal court in New York against the Ecuadorians and their lawyers based on the Racketeering Influenced and Corrupt Organizations Act, (Case 2:11-cv-00691, U.S. District Court for the Southern District of New York). The judge overseeing the trial, Lewis Kaplan, has been accused by the plaintiffs of bias in favor of Chevron (U.S. Court of Appeals, case 11-2259).  Because the company ceased operations in Ecuador in 1991, the Ecuadorian plaintiffs have been trying to seize the company’s assets in other countries.  Last December, the Ontario Court of Appeal issued a ruling allowing the Ecuadorians to pursue enforcement of the $9.5 billion dollar judgment against Chevron’s assets in Canada.