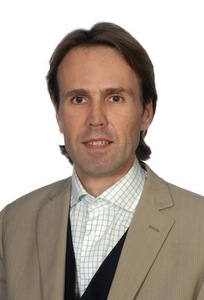 ATHENS and BRUSSELS, Feb. 06 /CSRwire/ - Following seven years at the helm of EuroCharity, Peter Michel Heilmann has stepped down as President of EuroCharity, effective February 1, 2013. He co-founded the company in February 2006 with Michael Spanos, who will continue building the successful firm.

EuroCharity wishes to thank Mr. Heilmann for presiding over EuroCharity, which has grown from humble beginnings into a unique social entrepreneurship model in Europe and catalyst for change, with offices in Athens and Brussels, and with a growing roster of members and partners in Greece and internationally.

About EuroCharity – The reference point for sustainability

Established in 2006, EuroCharity maintains offices in Athens and Brussels. It is a rapidly-expanding family of members and offers innovative on-line and off-line services to 470+ members from the corporate, financial, public, third and academic sectors. The firm owns and daily updates the carbon neutral Web portal www.eurocharity.eu that acts as a reference point for sustainability. EuroCharity also publishes a multi-stakeholder Yearbook, two comprehensive fortnightly e-newsletters, facilitates networking among members (M2M), organizes events and the Sustainability Forum, a training, networking and professional development event. https://globalsustaingroup.com/