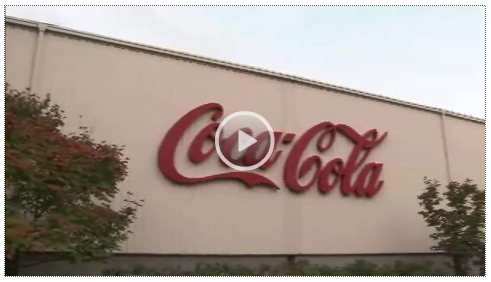 The Coca-Cola Company today announced a partnership with JBF Industries Ltd. to further expand production of the plant-based material used in the Company’s PlantBottle™ packaging.  The supply partnership will help Coca-Cola continue its leadership in bringing renewable, lower-carbon plastics to the marketplace and move the Company closer to its target of using PlantBottle™ packaging technology in all of its plastic bottles by 2020.

Ronald J. Lewis, Vice President, Procurement & Chief Procurement Officer at The Coca-Cola Company said, “The benefits of sustainable innovation are only fully realized when commercialized and put in the hands of consumers.  In 2009, we introduced the world to our PlantBottle ™ package – the first recyclable PET plastic bottle made partially from plants.  Today, Coca-Cola has sold more than 10 billion PlantBottle™ packages around the world that are less dependent on petroleum and have a lower carbon impact.  We are pleased that our partnership with JBF Industries Ltd. will help us further expand global production.”

To support this partnership, JBF Industries Ltd. will build the world’s largest facility to produce

Construction on the new facility is expected to begin at the end of this year and last for 24 months.  At full capacity, it is estimated the facility will produce 500,000 metric tons of material per year.  By using plant-based materials instead of non-renewable materials, the facility will remove the equivalent of 690,000 metric tons of carbon dioxide or the equivalent of consuming more than 1.5 million barrels of oil each year.

PlantBottle™ packaging is available in more than 24 countries worldwide and across a wide variety of Coca-Cola products. Since the package launched in 2009, its use has eliminated the equivalent of almost 100,000 metric tons of carbon dioxide emissions – the equivalent of 200,000 barrels of oil from The Coca-Cola Company’s PET plastic packaging.

Note to Editors: Photos and video to accompany this press release can be found at the Press Center area at www.thecoca-colacompany.com.

The Coca-Cola Company (NYSE: KO) is the world's largest beverage company, refreshing consumers with more than 500 sparkling and still brands. Led by Coca-Cola, the world's most valuable brand, our Company's portfolio features 15 billion-dollar brands including Diet Coke, Fanta, Sprite, Coca-Cola Zero, vitaminwater, Powerade, Minute Maid, Simply, Georgia and Del Valle. Globally, we are the No. 1 provider of sparkling beverages, ready-to-drink coffees, and juices and juice drinks.  Through the world's largest beverage distribution system, consumers in more than 200 countries enjoy our beverages at a rate of 1.8 billion servings a day. With an enduring commitment to building sustainable communities, our Company is focused on initiatives that reduce our environmental footprint, support active, healthy living, create a safe, inclusive work environment for our associates, and enhance the economic development of the communities where we operate. Together with our bottling partners, we rank among the world's top 10 private employers with more than 700,000 system employees. For more information, please visit www.thecoca-colacompany.com or follow us on Twitter at twitter.com/CocaColaCo.

JBF Industries Ltd (BSE: 514034 NSE:JBFINDEQ)  is a public listed business conglomerate with head-quarter in Mumbai India (www.jbfindia.com). The principal business interests for the group are in polyester related products with end-use applications in textiles & packaging industry. PET manufacturing locations for the group are currently located in India & UAE with a new green field facility planned in Belgium Europe. Apart from PET resins, the group has a large scale global presence in BoPET Packaging Films segment. The investment in Brazil will be 100% by JBF Group through its overseas subsidiaries.