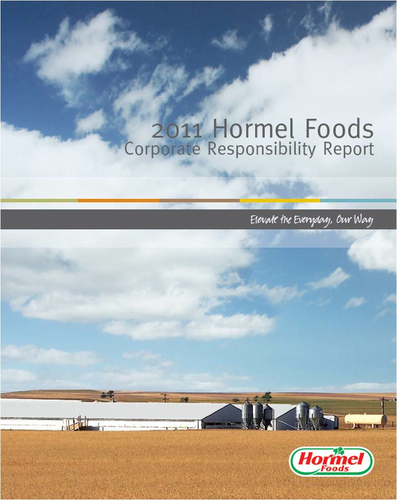 This is the company’s fifth full report and the completion of the first set of five-year environmental goals. The report is self-declared Application Level B as confirmed by the Global Reporting Initiative.

The annual report focuses on the company’s commitment to being a responsible food manufacturer. Highlighted performance and initiatives throughout 2011 include: 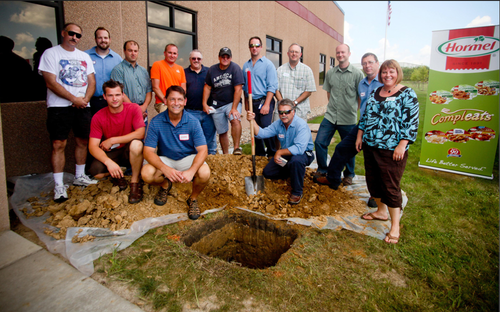 "I am proud of our team for achieving outstanding results in fiscal 2011," said Jeffrey M. Ettinger, chairman of the board, president and chief executive officer at Hormel Foods.

"We will continue to responsibly conduct business following Our Way - the Hormel Foods values statement that defines how we operate every day in our approach to people, process, products, performance and philanthropy."

The 2011 Hormel Foods Corporate Responsibility Report is the company’s fourth consecutive report that can be found entirely online. Also available is an executive summary that provides a condensed version of the full report along with key highlights. The online report can be accessed and the summary can be downloaded at www.hormelfoods.com/csr.

In alignment with the company’s commitment to philanthropy and in honor of the launch of the report, Hormel Foods will feature an online contest. For every retweet on Twitter announcing the release of the 2011 Hormel Foods Corporate Responsibility Report, the company will donate $6 to Feeding America (up to $5,000). Feeding America is the nation's leading domestic hunger-relief charity.

Hormel Foods plans to continue reporting on its environmental and social performance annually; the next report will be released in May 2013 for data spanning November 2011 to October 2012.

Hormel Foods Corporation, based in Austin, Minn., is a multinational manufacturer and marketer of consumer-branded food and meat products, many of which are among the best known and trusted in the food industry. The company leverages its extensive expertise, innovation and high competencies in pork and turkey processing and marketing to bring branded, value-added products to the global marketplace. The company is a member of the Standard & Poor's 500 Index, Dow Jones Sustainability Indexes, Maplecroft Climate Innovation Indexes, and was named one of "The 100 Best Corporate Citizens” by Corporate Responsibility Magazine for the fourth year in a row in 2012. The company enjoys a strong reputation among consumers, retail grocers, foodservice and industrial customers for products highly regarded for quality, taste, nutrition, convenience and value. For more information, visit http://www.hormelfoods.com.