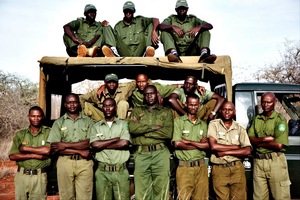 Allianz has also agreed to a multi-year option to purchase carbon credits from Wildlife Works Carbon pioneering Kasigau Corridor REDD Project in Kenya, the first REDD project in the world to achieve validation and verification under the Verified Carbon Standard (VCS) and the Climate, Community and Biodiversity Standard (CCB).

This groundbreaking REDD project will result in the avoidance of over 1 million tonnes of CO2-e emissions per year for the next 30 years while protecting endangered wildlife and bringing the benefits of carbon finance to more than 100,000 people in the surrounding communities.

“We believe that REDD should play a major role in combating climate change. We (the private sector) can do something about this as market-based REDD can scale and significantly contribute to reversing the global warming trend. Wildlife Works Carbon's holistic approach and community focused REDD project portfolio has made them a leader in this critical effort, and that is why we are backing them so strongly,” said Dr. Armin Sandhövel, CEO of Allianz Climate Solutions, a 100% subsidiary of Allianz SE which carried out the WWC investment process as Allianz’ dedicated investment company for carbon related investments.

“Widespread private sector engagement is the fastest solution to stop the destruction of the world’s forests. Allianz’ investment in Wildlife Works Carbon demonstrates that private sector financed REDD can and should play a leading role in the global effort to reduce deforestation. We are grateful and extremely pleased that Allianz has joined our campaign to save the threatened forests of the world,” said Mike Korchinsky, founder and CEO of Wildlife Works.

About Wildlife Works
Wildlife Works is the world's leading REDD project development and management company with a unique approach to applying innovative market-based solutions to biodiversity conservation and helping local landowners in the developing world monetize their forest and biodiversity assets whether they are governments, communities, ownership groups, or private individuals. In 2011, Wildlife Works’ flagship Kasigau Corridor REDD Project in Kenya was the first in the world to achieve validation, verification and issuance of REDD carbon credits under the VCS and CCB standards.  The Wildlife Works Kasigau Corridor REDD Project protects over 500,000 acres of forest and brings the benefits of direct carbon financing to more than 100,000 people in the surrounding communities while also securing the entire wildlife migration corridor between Tsavo East and Tsavo West National Parks. Wildlife Works is actively developing a portfolio of REDD projects with an aim to protect five million hectares of native forest, to mitigate 25 million tons of CO2 emissions per year, and create thousands of sustainable jobs in rural communities. www.wildlifeworks.com

About Allianz Climate Solutions GmbH
As a 100% subsidiary of Allianz SE, Allianz Climate Solutions GmbH (ACS) is carrying out, inter alia, carbon related investments on behalf of Allianz Group. Its investment strategy focuses on the growing markets for renewable energy, clean technology and energy efficiency as well as Reducing Emissions from Deforestation and Forest Degradation (REDD) projects. Acting as the Group-wide centre of competence on climate change, ACS also serves other Allianz entities as well as external customers with its risk analysis, investment and insurance expertise, bundling the competences and experience of various Allianz business entities.

Wildlife Works is the world's leading REDD project development and management company with a unique approach to applying innovative market-based solutions to biodiversity conservation and helping local landowners in the developing world monetize their forest and biodiversity assets whether they a...